The second match of Tuesday s double-header is between two flagging teams, one that is beginning to derail and the other which is sitting at the bottom of the league Rajasthan Royals and Royal Challengers Bangalore. RR have tapered off after winning two in a row while RCB have the worst record one win from four matches. 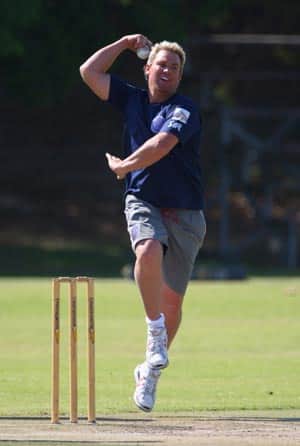 The second match of Tuesday s double-header is between two flagging teams, one that is beginning to derail and the other which is sitting at the bottom of the league Rajasthan Royals and Royal Challengers Bangalore. RR have tapered off after winning two in a row while RCB have the worst record one win from four matches.

Daniel Vettori s team has had the shine taken off its campaign with three straight losses to Mumbai Indians at home and Deccan Chargers and Chennai Super Kings away. Against MI, RCB meandered to 140 before looking on as Sachin Tendulkar and Ambati Rayudu cantered home. Against DC, they stumbled against accurate spells of pace bowling and ended up losing by 33 runs. Then, in Chennai, they fielded like amateurs to allow the home side rack up 183 before the batsmen suffered another bout of the nerves and turned in a schoolboy-type effort. The coach Ray Jennings, who talked up RCB s ability to win the title in 2011, has plenty of answering to do.

What has been most disappointing is the batting, considerably boosted by the arrival of Tillakaratne Dilshan and AB de Villiers from Delhi and Saurabh Tiwary, one of the domestic success stories of 2010. Against MI, the lack of intent stood out. Dilshan, after pottering around 20 overs for an unbeaten 57, offered the excuse that the track was “difficult to bat on” owing to “spongy bounce”.

But where was the sponge when Tendulkar and Rayudu creamed the ball to all corners? In truth, there was no big turn and the ball didn t stop on the batsmen, proving that RCB s batsmen just didn t have it in them.

In Hyderabad, Dilshan s early dismissal was followed by the bizarre move to send Zaheer Khan as pinch hitter at No 3. Needless to say, it failed. de Villiers and Tiwary, two proven match-winners, had miserable evenings and the chase gave way. In Chennai on Saturday, facing a stiff chase, RCB again opted to send a pinch hitter in at No 3 but it didn t work. De villiers needlessly cautious approach once again hurt RCB, while Tiwary s inability to find the boundaries was inexcusable. Something is amiss in the RCB line-up, and needs addressing pronto because time is ticking.

After consecutive losses at the hands of Kolkata Knight Riders, RR will be glad that they won t have to face that opposition any more. But the bigger issue is their bowling, which hasn t carried the spark from the first two matches. Siddharth Trivedi, after being Man of the Match in RR s tournament opener, has had two poor matches while Shane Warne s effectiveness has dipped too. Warne s spells in the first two matches were exemplary but against KKR he hasn t been as effective. RR need their leader to inspire.

Batting-wise, it is all too apparent that Ross Taylor is being kept too low down the order. Taylor batted at No 6 on Sunday, when he would have been better off facing more deliveries considering he is the team s best batsman after Shane Watson. Watson s rare off day hurt RR no doubt, and two run outs in the middle order added to the gloom. RR s Indian quotient just isn t doing enough and that means Watson and Taylor have added responsibilities. Everyone knows that the day the pair clicks, RR are more likely than not going to end up smiling.

RCB missed Rahul Dravid and Johan Botha on Sunday, and will hope the pair is fit.

Preview: Delhi and Deccan look to get their campaign on track