It s the clash of the number three and four numbers on the IPL league table. Separated by one point, Royal Challengers Bangalore take on Kolkata Knight Riders face off to gain the ascendancy over not just each other, but over Mumbai Indians who are at second place. 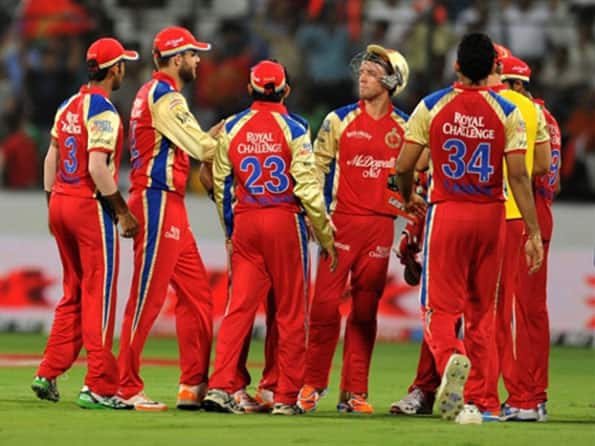 It s the clash of the number three and four numbers on the IPL league table. Separated by one point, Royal Challengers Bangalore take on Kolkata Knight Riders face off to gain the ascendancy over not just each other, but over Mumbai Indians who are at second place.

The battle for points is very fine at the top. Chennai Super Kings and MI are tied on 16 points, but the team from the south has a slim lead of 0.230 where the run rate is concerned. Should RCB win, they will jump to 17 points, putting them just clear of CSK and MI. If KKR come up on top, they will have 16 points and then it gets very interesting with three teams on the same level.

Both teams are in good form, but it is RCB who have been the team to watch. Since Chris Gayle arrived from the West Indies, RCB have won six matches in a row and don t look like stopping. That is a very good streak to be on, and they will fancy extending it against the side they hammered on April 22. That was Gayle s first match for RCB and the effect of an astonishing century still reverberates.

Since that innings Gayle has only been mute in one match, while racking up 398 runs just 26 shy of Virender Sehwag s tally in six innings. Six innings. That is incredible, and shows just how comfortable Gayle is at his new franchise. RCB have bid adieu to Tillakaratne Dilshan, which should pave the way for Luke Pomersbach as Gayle s opening partner. RCB have few worries in the bowling, with local lad Sreenath Aravind exceeding expectations over the past few matches. They will hope to welcome back regular skipper Daniel Vettori who missed the last match due to a niggle.

KKR are coming off a bit of a gap. Their batting looks solid, even if Jacques Kallis has simmered down a bit. Gautam Gambhir and Yusuf Pathan have yet to play defining innings and doing so against a very good side would be the perfect way for KKR to gain leverage on the points table. But it will be more crucial for Brett Lee and Co to strike early, because they cannot afford to allow Gayle another century.