India's famed batting line-up, which collapsed like a house of cards in the first two Test matches, will have to click to keep a jittery India afloat as the visitors go into the must-win third cricket Test against Australia here tomorrow amid serious concerns about their ability to counter the pacy WACA track. 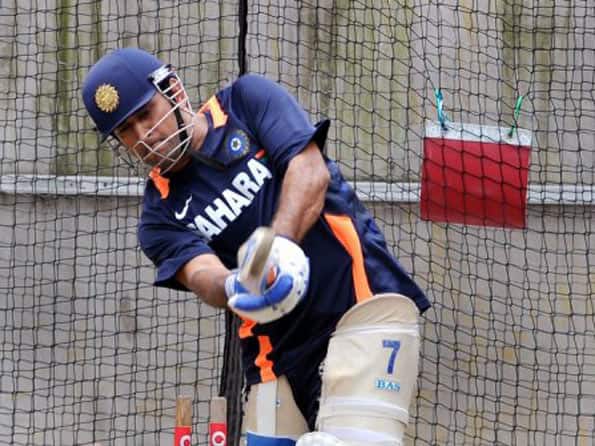 India’s famed batting line-up, which collapsed like a house of cards in the first two Test matches, will have to click to keep a jittery India afloat as the visitors go into the must-win third cricket Test against Australia here tomorrow amid serious concerns about their ability to counter the pacy WACA track.

Down 0-2 in the series, the experienced Indian batsmen will have to come up with something special on possibly the fastest pitch in the planet at the WACA if they want to salvage some pride battered by the two humiliating losses.

Not a century has yet been hit by any Indian batsman.

Except for Sachin Tendulkar, who has been in imperious form in all the four innings he has played, no top order batsman has been among runs with average below 30s.

India, however, can take solace from the pages of history. Contrary to the reputations of its batsmen on faster pitches, India has always done well at the WACA. Indians won the 2007-08 Test even though Australia opted for four quicks in the match.

The first match India played at this venue in 1977 had the tourists scoring 402 and 394 from two innings and indeed take a first innings lead. The next Test between the two at WACA was played only in 1992 and is still remembered for the dazzling century of a then 17-year-old kid Sachin Tendulkar.

Three hundreds from three Tests played, managed by Sunil Gavaskar, Mohinder Amarnath and Tendulkar, could work as a good motivation for the current team.

With the batsmen coming a cropper so far, the Indian bowlers will have to ensure that they do not allow the Australians to wriggle out of tight situations as they have in the first two Tests.

The home side were in dumps in practically each innings of the first two Tests. They were 214 for six before tailenders came to party in the first innings in Melbourne.

They were 27 for four in the second innings. In their only knock at SCG during the second Test, Australia once again were tottering at 37 for three.

On all these occasions, if Australia escaped the noose it was primarily due to the presence of experienced trio of Ricky Ponting, Michael Clarke and Mike Hussey in the middle. If Ishant Sharma and Umesh Yadav can step up the plate and prove ideal foil to irrepressible Zaheer Khan, the home side can find the shoe in the other foot.

Ishant presently has only three wickets in two Tests at 78-plus average. Yadav began well with seven scalps in Melbourne but thereafter faded in Sydney. Only Zaheer Khan with 10 wickets at 25.20 looks the part. India could bring on accurate Vinay Kumar to ensure Australia don?t escape if they are in a sticky position.

India can hope for Australian batting collapse with continued pressure piling on them, as Michael Clarke’s men have done in recent times.

Only two months ago, Michael Clarke and his team were bundled out for 47 in Newlands, Cape Town in South Africa.

They followed it up with a score of 136 against New Zealand at Hobart last month. There was also a score of 88 against Pakistan at Headingley in July 2010. A year before, the batsmen had put up only 160 against England at the Oval.

It seems an extra fast bowler is needed on a pitch which is green and lively and possibly offers more steep bounce than anywhere else in the world. Spinners don’t tend to do well here — after all even the great Shane Warne could only pick 37 wickets from 12 Tests at an average of 36.46 here.

Yet the Indian selection does not seem as straightforward as it ought to be. Off-spinner Ravichandran Ashwin still has backers to tie down the scoring from one end. The tall Chennai spinner had gone for over 150 in Sydney from 44 overs and did not pick even a solitary wicket.

In batting department also, it does not appear a cut-and-dry case of Rohit Sharma coming in place of Virat Kohli. The Delhi youngster has only 43 runs from four innings at 10-odd average, yet it would appear he might after all get another game in Perth. Senior batsman VVS Laxman, despite the clamouring of chopping of former players, is safe.

Australians, on the other hand, have a problem of plenty.

There are still no clear signals if Ryan Harris or Mitchell Starc would fill in the void of James Pattinson.

Australia might still go with four quicks in the Test despite the apparent dislike of coach Mickey Arthur to leave out a spinner. For the moment, Nathan Lyon is the only relief for the Indians.

The lively pitch is not the only issue for the tourists.

The extremely hot conditions in Perth makes it a task to even stand in sun for a considerable period.

The mercury is rising everyday in the citadel of Australian cricket. Sunscreens and lotions are being applied liberally in the nets. It would require constant hydration for cricketers in the middle. Besides skills and mental fortitude, the physical resources too could be stretched to the limit.

India, above all, needs to play as a team. It’s not easy when not just the series, even individual careers are at stake. It becomes difficult for a cricketer to look beyond the self or keep bigger picture in perspective.