A clash between the world champions India and minnows Zimbabwe was never going to be a gripping affair. The first two games of the five-match One-Day International (ODI) series have just proved the claims. 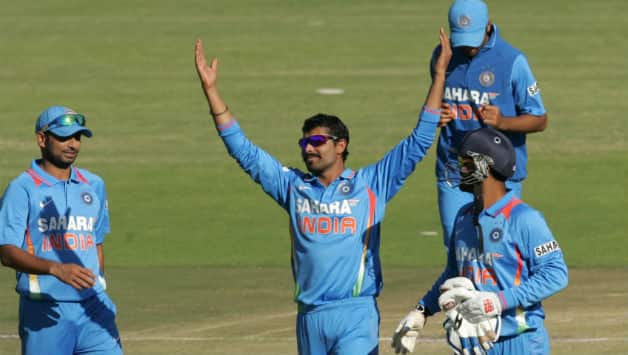 A clash between the world champions India and minnows Zimbabwe was never going to be a gripping affair. The first two games of the five-match One-Day International (ODI) series have just proved the claims.

While India have come into the series on the back of victories in the ICC Champions Trophy 2013 and the Caribbean tri-series, Zimbabwe are still trying to reestablish a foothold in international cricket and a consistently good show, irrespective of the fact whether it translates into victory, would seem like decent progress for the hosts.

To be fair to Zimbabwe, they haven’t played poorly; they have just been outplayed by the No 1 ODI side.

Openers Sikandar Raza and Vusi Sibanda have got Zimbabwe off to good stable starts. However, they haven’t been able to capitalize on it. There have been a few good performances at the individual level for the hosts and they could actually prove to be a threat if they fire in unison. And as their coach Andy Waller said, their dream of beating India in one of the five matches, could well come true.

For India, Jaydev Unadkat’s exploits with the ball has been the biggest positive in the series so far and the left-armer would do good from here on in the series to make most of the opportunity. Shami Ahmed has bowled well so far, but needs to perform better in order to cement his place in the side. Shami might still get a longer rope considering Mohit Sharma posing a more serious threat to Vinay Kumar’s place in the team.

On the batting front, it is undoubtedly the exclusion of Cheteshwar Pujara which has been most surprising. If the series is indeed seen as an opportunity to try out youngsters, Suresh Raina could make way for Pujara in the side. The Saurashtra batsman has proved his mettle in Test cricket and his inclusion in the side came for great praise too. The Zimbabwe series may not be the toughest assignment, but good enough to test Pujara’s skills in ODIs.  The rest of the batting looks more or less settled with big scores from Shikhar Dhawan, Virat Kohli, Ambati Rayudu and Dinesh Karthik. However, a good knock is still due from Rohit Sharma. It wouldn’t be a bad idea to try out Ajinkya Rahane too as an opener.

With just three more ODIs remaining, it is also a ripe opportunity to try out the all-round skills of the Jammu and Kashmir player Parvez Rasool. He could come in place of Ravindra Jadeja. The Saurashtra all-rounder has cemented his place in the side on the back of some stupendous performances in the recent past with both bat and bowl. Resting him for the further matches in the series wouldn’t do him or the team any harm. It would be an interesting move if Rasool comes in place of Jadeja for the third ODI.