Sans talismanic skipper Sachin Tendulkar and some other key players, a depleted Mumbai Indians will face title-holders Chennai Super Kings in their tough lung-opener of the Champions League Twenty20. 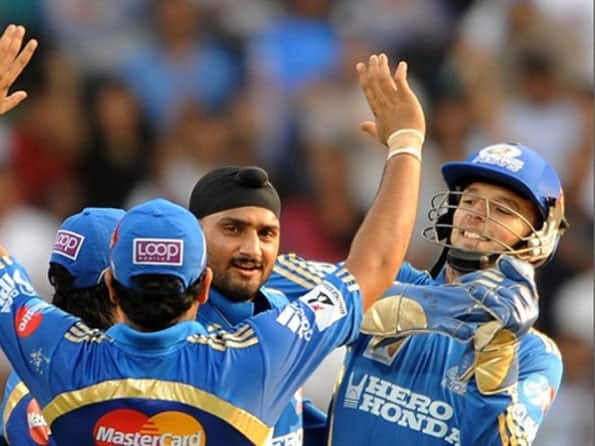 Sans talismanic skipper Sachin Tendulkar and some other key players, a depleted Mumbai Indians will face title-holders Chennai Super Kings in their tough lung-opener of the Champions League Twenty20.

Apart from Tendulkar, who is nursing a toe injury, Mumbai will also be without Rohit Sharma, Suryakumar Yadav, Ali Murtaza, Munaf Patel and Dhawal Kulkarni.

To be led by Harbhajan Singh in Tendulkar’s absence, Mumbai have been allowed five foreign players instead of the stipulated four due to the injury crisis in the team.

They face an unbeaten-at-home Chennai Super Kings, who are not just defending champions but also the winners of this season’s IPL title.

The only key player that the Mahendra Singh Dhoni-led team will miss is New Zealand pacer Tim Southee.

Chennai will enjoy the home advantage for almost the entire tournament as they are playing all their group matches here while the semifinals and the final are also scheduled in the city only.

In all counts, Mumbai will find it tough to contain Chennai’s batting line-up which features, apart from Dhoni, some steady customers such as Michael Hussey and IPL find S Anirudha who can change the pace of the game.

Chennai’s bowling too looks solid with pacers such as Doug Bollinger and Albie Morkel. The spin department features the sprightly R Ashwin and Suraj Randiv.

For Mumbai, big-hitting Trinidadian Kieron Pollard is the key player after making a mark last season.

“Whatever the opposition, I will do my best and see that we qualify for the semifinals this year,” Pollard said.

Apart from Pollard, Mumbai will be depending on Ambati Rayudu, the mainstay for them last season, Symonds and T Suman.

On the bowling front, yorker-specialist Lasith Malinga will be spearheading the attack.

Statistically, Chennai Super Kings will be starting their campaign as hot favorites and it would be a surprise, if they lose any of the league ties. (PTI)