Mahendra Singh Dhoni is back in town, and there’s a buzz around Friday evening’s match at the Wankhede Stadium. This is, after all, the venue where Dhoni rose to the occasion with a Man-of-the-Match performance in the World Cup final and images of his hitting a six to win the match are still fresh in the collective conscience. Sachin Tendulkar and Ambati Rayudu have been top scorers for Mumbai Indians.

Mahendra Singh Dhoni is back in town, and there’s a buzz around Friday evening’s match at the Wankhede Stadium. This is, after all, the venue where Dhoni rose to the occasion with a Man-of-the-Match performance in the World Cup final and images of his hitting a six to win the match are still fresh in the collective conscience.

But this time Dhoni won’t find the Mumbai crowd chanting his name. This is Sachin Tendulkar country, and the loudest cheers will be reserved for the local hero when he comes out to bat and whenever he stops the ball in the field. Tendulkar apart, very few Indian players get cheered by opposition crowds when they play away from home, and Dhoni and his Chennai Super Kings will be definite outsiders at the Wankhede.

This is the first time the two teams will play each other since last season’s final in Navi Mumbai. Mumbai Indians are a team on the upswing, having lost just one match out of four, and sit joint first atop the league table. They look the most settled unit in the competition and it’s no surprise really that they’re at the top of the table. In 2009, MI lost steam after a good start and Tendulkar has learnt from that experience. This team looks like reprising its success from last season, so CSK can expect a tough match.

CSK have won two and lost two, with defeats coming while defending targets. The batting has by and large been good, but the bowling hasn’t always complemented the efforts of the batsmen. Doug Bollinger’s arrival is a much-needed boost, and he will be the key in trying to dent a strong MI top order. Albie Morkel remains an average Twenty20 bowler, putting added pressure on Tim Southee. Ravichandran Ashwin could be expected to once again start with the new ball given the nature of the Wankhede surface.

Where CSK can look to gain inroads is by exposing MI’s middle order, which has only once been tested. That happened on Wednesday against Pune Warriors at this same venue; having done exceptionally to keep PW to 118, the home side struggled to seize the momentum and took the match down to the last ball of the match. Rohit Sharma has batted just twice, Andrew Symonds just once, facing 15 deliveries, and Kieron Pollard and Rajagopal Sathish have yet to face a ball in the tournament. Regular opener Davy Jacobs’ form saw him dropped for James Franklin against PW, but the New Zealand all-rounder lasted just eight balls. MI’s form batsmen have been Tendulkar and Ambati Rayudu, so if they are dispatched early CSK’s chances of winning will go up exponentially.

The two teams’ head-to-record leaves little for analysis what with each winning the equal amount of matches. In 2008, the scoreline was 1-1 after Sanath Jayasuriya extracted revenge with a savage assault. In 2009, MI took the lead before Matthew Hayden levelled the equation in Port Elizabeth while knocking Tendulkar’s team out of the tournament. In 2010, MI overhauled a target of 181 at the Brabourne Stadium with ease, but CSK had the final word when they knocked over MI in the final. 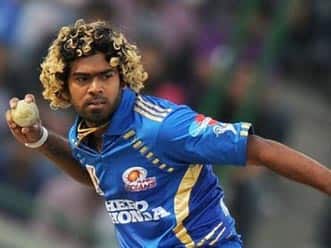 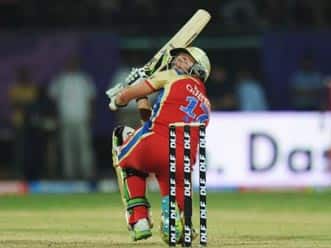