On paper, England outweigh Netherlands in every department Netherlands coach Peter Drinen has admitted his team lacks the knowledge of 50-over cricket and the signs are ominous. This is despite England s shaky position. 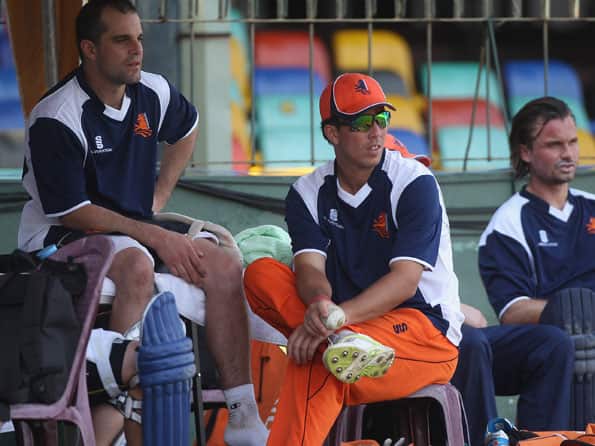 And so, just five days into the World Cup, we come up against the fourth match which threatens to be an utter mismatch. As debates rage over the merits of dropping Associate members from the World Cup in 2015, England prepare to open their campaign against Netherlands, the least likely team to cause an upset in Group B.

After two deplorable excuses for one-day fixtures New Zealand vs Kenya in Chennai and Sri Lanka vs Canada in Hambantota the Group B match in Nagpur needs to throw up some decent cricket, at the very least. On paper, England outweigh Netherlands in every department Netherlands coach Peter Drinen has admitted his team lacks the knowledge of 50-over cricket and the signs are ominous. This is despite England s shaky position.

Hurt by injuries to key personnel, not in the least the magical little Irishman Eoin Morgan, England still turned out chalky performances against Australia and that was where they lost the series so badly. Even in the warm-ups they were pushed by Canada, with Stuart Broad s five wickets on return to the set-up sparing them serious embarrassment.

England s coach Andy Flower has moved to address England’s traditional conservatism by pushing the flamboyant Kevin Pietersen up to opener so that he can get into rhythm earlier, making use of the fielding restrictions. It is a gamble. Pietersen has managed just one ODI half-century in 23 matches dating back to late 2008, during which he has averaged a paltry 21.

There is no reason why a player of Pietersen s calibre cannot brush off that run of form at the highest stage. He has already shown promise during the warm-ups against Canada and Pakistan, and he is playing in a country in which he averages 54. If the move clicks, England will be fancying large totals. There would be no better opposition for Pietersen to get going than Netherlands.

Graeme Swann joined up with the England squad on Sunday night as they finally reached full strength with just a day to spare before the match. Swann, back from paternity leave, has recovered from the knee and back injuries which sent him home from Australia and should slot right into the XI.

He will be partnered by Michael Yardy, with the other bowling slots to be filled by James Anderson, Stuart Broad and Tim Bresnan. That is a much stronger attack than the one that played Canada last week. The main worry is around Jonathan Trott, who picked up a finger injury during the warm-up against Pakistan, but reports are that he will be fine come toss time.

Netherlands aren t new to the World Cup. They ve been here thrice, but only have two wins to show from 14 attempts. Yet again their hopes are pinned on a handful of players: the veteran Bas Zuiderent, the bristling Essex allrounder Ryan ten Doeschate, and the likes of Tom de Grooth and Peter Borren.

Though they were crushed by Sri Lanka last week, Netherlands do have the awareness that on the day anything is possible, having beaten England at Lord s during 2009 s ICC World Twenty20. And, having seen how England floundered in their warm-up match against Canada at Fatullah, the team will be gunning for victory.

While depending on their new-ball bowlers to spring a surprise, Netherlands will also need to put runs on the board themselves. Opener Alexei Kervezee is tipped as the star for the future, but once again much will depend on the fortunes of ten Doeschate, who made an unbeaten 98 in the win over Kenya recently. ten Doeschate is Dutch cricket s biggest talent he was named ICC Associate Player of the Year in 2010 and is their biggest bet at putting pressure on the opposition.

If they manage to do so, it will be very refreshing for a World Cup that yet is again shaping up to be too long and lop-sided.