Despite losing the series 2-0, Pakistan will head to Centurion for the final Test with their confidence high. The visitors came close to a victory at Cape Town and put up a strong performance but the No 1 Test team has outplayed them so far. 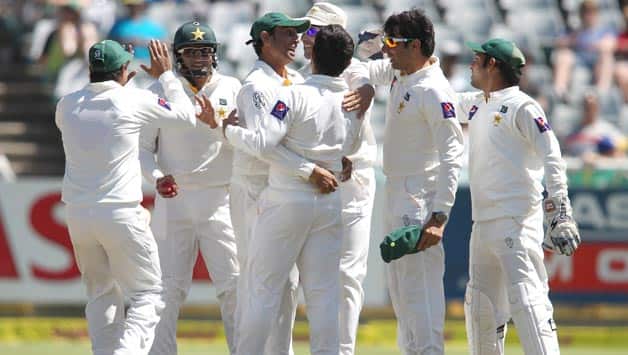 Despite losing the series 2-0, Pakistan will head to Centurion for the final Test with their confidence high. The visitors came close to a victory at Cape Town and put up a strong performance but the No 1 Test team has outplayed them so far.

A drastic batting slump in the second innings left them short of imposing a challenging target. Even while defending they came close to dismissing South Africa but the resistance of Hashim Amla tilted the game in favour of the home side.

The first Test was the key to this series. A meek surrender at Wanderers created pressure on Pakistan to level the series at Cape Town. As Misbah-ul-Haq and his team played a few practice matches between the first and second Tests, they got well acquainted with the conditions and were able to put up a decent show.

The key takeaway for Pakistan will be their bowling attack. Despite their batsmen failing to control things in the middle, the bowlers have not let things loose. The performance of Mohammad Irfan on debut in the previous Test will certainly have the skipper smiling. Irfan created chances for his side and picked crucial wickets at vital moments of the game. In the first innings of the second Test, AB de Villiers played a vital knock and looked set to take away the game before Irfan bagged his first international wicket by dismissing the wicketkeeper-batsman and continued it with a few more.

Umar Gul though has not set the stage on fire as expected to, but Saeed Ajmal has surely created enough problems for the batsmen. The off-spinner has claimed 11 wickets in the first two tests. While the other two bowlers on this tour, Tanvir Ahmed and Rahat Ali have been mostly ineffective.

In order to create chances in the final Test, their openers Mohammad Hafeez and Nasir Jamshed haven’t given them good starts, which has affected the team. Even though their middle-order has done fairly well, early wickets while batting has pushed them on the backfoot right away. Their middle-order has usually ended up trying to stabilise and catch up with the pace of the match.

Graeme Smith will be relaxed after the victory which was his 100th as captain. The Proteas will miss the services of their fast bowler Morne Morkel as he suffered a hamstring injury. Rory Kleinveldt might make it to the playing XI unless a last minute decision brings in Kyle Abott, who has been called in as a replacement.

The Proteas have had a fairly comfortable journey so far as their pace bowlers have fired every time. In crisis situations they have somehow managed to lift themselves and ended up placing themselves in a winning position.

Out of the 17 Test matches played at this venue, 14 matches have produced results and 13 were in favour of the hosts. This is an indication of the things waiting to welcome Pakistan at the SuperSport Park.
Pakistan have played South Africa only once at this venue in 2006-07 and lost the match by seven wickets, and also the series 2-1 in 2006-07. While Cape Town was Philander’s happy hunting ground, Dale Steyn has had a good record at this venue picking up 31 wickets in just five matches so far.

A disciplined all-round performance by Pakistan will give them a sniffing chance to register their first victory on this tour.

Ricky Ponting to play for Surrey for two months