In the absence of their own, full-fledged ground with the expected amenities, the Pune Warriors have adopted the Dr. DY Patil Stadium as their own and will host the Kings XI Punjab in the fifth game of the Indian Premier League this season. Yuvraj will lead Pune against his former team

In the absence of their own, full-fledged ground with the expected amenities, the Pune Warriors have adopted the Dr. DY Patil Stadium as their own and will host the Kings XI Punjab in the fifth game of the Indian Premier League this season. And if the opening ceremony did not satiate the fans’ appetite for fireworks, rest assured the probability of some of them going off in this game.

Only an equivalent of a cricketing obtuse will not relate the Pune Warriors skipper to the Kings XI Punjab. Yuvraj Singh was bought over by the Warriors in the auction for a near $2million deal and elevated to the post of the skipper. This was after his alleged run-ins with the team-owners, loss of captaincy and form that was as flowing as the Nigara Falls in sub-zero conditions in the previous edition of the Indian Premier League.

Speaking of the Niagara Falls, much water has passed under the bridge since then. Punjab did not retain either Yuvraj or his successor in 2010, Kumar Sangakkara and have moved on to refurbish the squad. Punjab’s purported loss, in the process, was Pune’s gain as they not only signed Yuvraj up but also elevated him to the role of a captain.

Punjab, on the other hand, selected another former skipper in the more affable Adam Gilchrist to lead the side. Amongst the rest, there are no big names in either the batting or the bowling – with Dinesh Karthik and Shaun Marsh amongst the better bats and Praveen Kumar and Ryan Harris expected to lead the bowling. David Hussey misses out because he was to be a part of the Australian squad in Bangladesh but has stayed back in Australia due to personal reasons.

The surprise selection of the Abhishek Nayar came at a cost of $800,000 and there was clearly something that the team management saw that has not been evident thus far. It will bode well for the former Mumbai Indians all-rounder to get going in the middle-order.

Pune, on the other hand, are packed with power-hitters, which may or may be such a good thing. Graeme Smith makes a return to the country after his early exit from the World Cup had allowed him time to get engaged in Ireland and he could open the innings with the former Bangalore player Manish Pandey. There is Jesse Ryder who, apart from some signs to the contrary in the last couple of World Cup games, plays his cricket in one of the two ways – he hits them or he blocks them.

And then there is Robin Uthappa who has proclaimed that he wants to use the platform to get the nod to the national side. He did a good job for Bangalore in the previous edition and as with Pandey and Ryder, was allowed to get away to Pune. The big question is whether he will keep wickets for the side as he had for Bangalore.

Yuvraj will bat somewhere in the middle-order and could also float up and down depending on the situation.

It is too early in the tournament to pull out favourites between teams which have been restructured from their roots. However, on paper, it is difficult to not pick Pune over Punjab, given the batting line-ups of the two sides. Bowling could have been the differentiator, but there isn’t enough firepower in the Punjab attack for one to pick them over the Warriors. 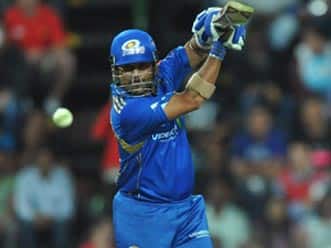 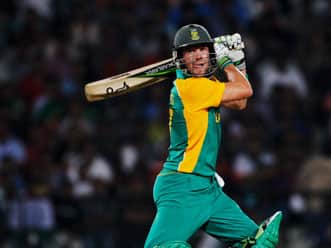