Prithvi Shaw is used to being compared to his idol Sachin Tendulkar for being another child prodigy. He has five First-Class centuries from eight matches. Now, Shaw is all set to join the elite list that includes Steve Waugh, AB de Villiers, Virat Kohli, Shikhar Dhawan and Tendulkar.

Well, not exactly a cricket record but Shaw has signed a deal with MRF, a brand with which the above mentioned cricketers have scored plenty of runs. In fact, Tendulkar was the first to bag a deal with MRF in the late 1990s. It was in 2009 that he ended the deal with MRF and started using Adidas bat. Kohli had signed a INR 100 crore deal with MRF for eight years. Now, Shaw will be seen sporting the famous MRF logo when he comes to bat during the 2018 U-19 World Cup.

Shaw had an excellent show in the ongoing 2017-18 Ranji Trophy. He ended with championship with tally of 537 runs of 6 matches at 48.81 that included three centuries. Mumbai, however, exited from the tournament after being defeated by Karnataka in the quarter-final.

Shaw was elated to join the elite list and told the reporters, I’m honoured and humbled to be playing soon with a MRF bat as I have grown up watching my idols like Sachin sir, Brian Lara sir and now Virat sir playing with them and scoring tons of runs & bringing laurels for our country. I am thankful to MRF for associating with me.

KM Mammen, the Chairman and Managing Director of MRF, too is glad to have Shaw associated with the brand, MRF has always stood for excellence in sports. Having been associated with sports for decades we have always come forward to nurture special talents and provide all assistance for them to flower on the International stage. Our brand ambassadors have always shone in their careers and have enthralled audiences across the globe. We are delighted to be a part of Prithvi’s cricket journey and am sure his special talents will hold everyone spellbound in the coming years. We wish him all the very best and welcome him to the MRF family. 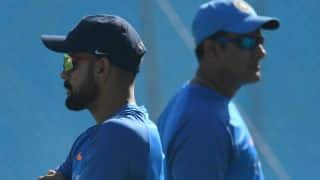 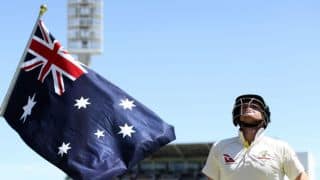