Shaw is on track for his preparation for the tour of Australia, for which the 18-year-old has resumed training in the company of Tendulkar.

India batsman Prithvi Shaw is on track for his preparation for the tour of Australia, for which the 18-year-old has resumed training in the company of former India batsman Sachin Tendulkar. As per a report published in the Times of India, Shaw, who injured his elbow during the Deodhar Trophy, was back training at the Tendulkar Middlesex Global Academy in Mumbai where he spent at hour under the supervision of the cricketing great.

As per a source, Tendulkar was seen sharing a few tips with Shaw about batting in Australia. Shaw has begun his routine by batting against the rubber ball on Monday and practiced on Wednesday too.

Shaw took a blow by a short delivery from Deepak Chahar while batting for India A, and subsequently missed Mumbai’s Ranji Trophy opener against Mumbai. He will next travel to New Zealand with India A where he will be playing under Ajinkya Rahane before taking the flight to Australia. The first Test begins December 6 in Adelaide.

Shaw marked his arrival in Test cricket by scoring a century on his debut against the West Indies in Rajkot. 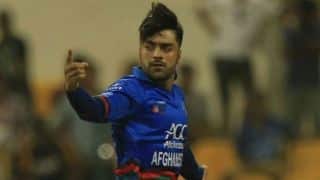