Walsh was impressed by Shaw's mentality on his Test debut.

Young Prithvi Shaw lit up Day One of the first Test between India and West Indies at Rajkot scoring a century on debut to become the youngest Indian player to achieve the feat at 18 years and 329 days. Shaw displayed all shots he had in his armoury against a depleted West Indies bowling attack that crumbled under the severe heat.

Shaw departed after edging it to Devendra Bishoo at the stroke of tea to end his 134-run knock. His immaculate innings reminded legendary West Indies fast bowler Courtney Walsh of Sunil Gavaskar and Sachin Tendulkar.

I am sure the West Indies would be happy to see the back of him, but he played a tremendous innings, that knock was special. It reminded me of a few other Indian guys I have seen like Sunil [Gavaskar] and Sachin [Tendulkar] when they were young, probably because of his height and stature. He s down there and he plays the cut shots pretty well, Walsh, an expert on ESPNCricinfo, said on Thursday.

Walsh was impressed by the young batsman s mentality on his Test debut. Shaw has got good potential. He has shown that he is not afraid of playing his shots or his natural game which is good to see. You want to see more of that. Once he got off the mark, he felt comfortable and that he belonged to Test cricket. He showed that composure. He played some wonderful shots. He played and missed a couple of times, you going to get that, but at the end of the day, I think it was an innings he was very satisfied with, Walsh said. 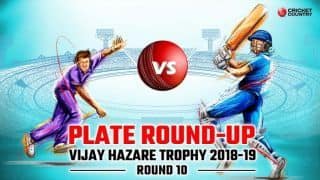 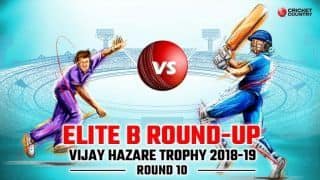