India South Africa face a tough test of their World Cup credentials against unbeaten India on Saturday as they look to get their campaign back on track. 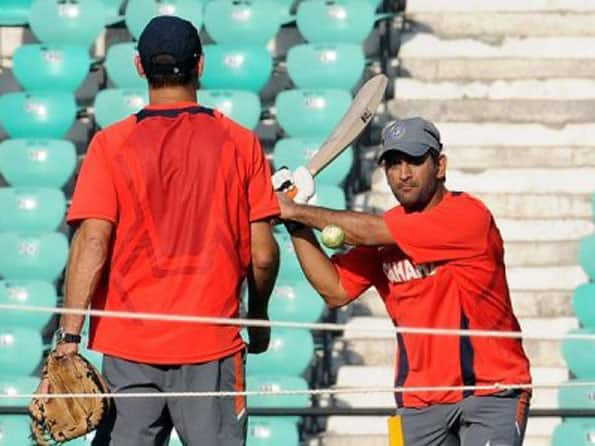 India South Africa face a tough test of their World Cup credentials against unbeaten India on Saturday as they look to get their campaign back on track.

The Proteas started the tournament impressively with a comfortable win over the West Indies and an overwhelming victory over the Netherlands but they lost narrowly to England when they came under real pressure for the first time.

India, with seven points after four games, including three wins and a dramatic tie against England, are virtually assured of a quarter-final slot but South Africa’s hopes hang in the balance.

Following the defeat to England, by just six runs, South Africa captain Graeme Smith hit back at claims his side had ‘choked’ again at the World Cup in a match that raised fresh questions about their nerve in tight games.

“That’s not predictable at all, is it?” said a sarcastic Smith, when questioned about South Africa’s composure.

“Pressure? We’ve handled ourselves in some tough situations over the last few years. I don’t think pressure is our weakness.”

Smith has always insisted that his team’s fighting credentials were proved beyond doubt in 2008/09 when he led South Africa to their first Test series win in Australia.

Paceman Morne Morkel said South Africa were now looking beyond the match in Chennai against England. “It’s a big game of the tournament now against India and we also want to get the momentum going. We’ve learnt our lessons,” he said.

Morkel is one of the key cogs in an impressive bowling line-up that gives Smith a range of dangerous pace and spin options.

But South Africa suffered a blow ahead of Saturday’s game when leg-spinner Imran Tahir became a doubtful starter after fracturing his left thumb during the England match.

The pitch in Nagpur is expected to favour batsmen. South African pair Hashim Amla and AB de Villiers, ranked numbers one and two in the world ODI rankings, have impressed but Jacques Kallis has yet to shine.

Kallis, the only South African to have completed 10,000 runs in both Test and one-day cricket, has so far contributed just 21 runs in his side’s three matches.

“I don’t think there is any concern. Jacques is a world-class player. He has been the rock of the team for the last 15 years. If he hasn’t scored it is not a concern. We all know what to expect,” said Amla.

“Maybe he is saving runs for the big games. He is an excellent player and will come good.”

Indian skipper Mahendra Singh Dhoni has seen his batsmen make heavy weather of chasing moderate scores against Ireland and the Netherlands in the past two games but said he was pleased his team had had a good workout.

Dhoni said losing wickets against both the Irish and the Dutch meant batsmen lower down the order, notably Yuvraj Singh, had enjoyed crucial time in the middle ahead of matches against more powerful nations. “It’s good that most of the batsmen have got a decent hit in the games they have played,” he said.

India’s bowlers have struggled to force early breakthroughs in their matches so far with the exception of the Ireland game, where paceman Zaheer Khan took two early wickets.

But Dhoni backed his bowlers, saying: “I think we’ve got quite a few talented bowlers who can really swing the ball and even if there’s no swing for them they can bowl a tight line and get the batsmen out.”

The skipper said it was important for the team to pick up momentum in their final two group games as the quarter-finals loomed.