Temba Bavuma was surprised when he was included in South Africa's T20I squad for the India tour.

Temba Bavuma was surprised when he was included in South Africa‘s T20I squad for the India tour. Bavuma, who is yet to play a T20I, has been a regular in Test cricket but hasn’t quite cracked the limited-overs code having just played two ODIs since making his debut in 2016.

However, the call-up provides him with a chance to prove his credentials in white-ball cricket as well especially during a time when South African cricket is undergoing a transition and with the T20 World Cup next year, Bavuma has an added motivation.

“I was surprised to be honest,” Bavuma said during a press conference ahead of the three-match T20I series. “Back home there’s a perception that I’m a red-ball player. As a player you are put through a lot of challenges. There’s lot of pressure as an international player. People are quick to label you as a certain type of player and that could be a good and a bad thing. Proving people wrong is always an extra bit of motivation.”

“Last year I made a conscious effort to improve my white-ball game. I tried to play as many as T20 games as I could in amateur cricket and all the other competitions there. Even in our domestic cricket. And these were the goals that I set. Things that I wanted to achieve and not what other people are saying. You only want to be listening to the voice between your ears as an international player and not all the noise out there,” he said.

The series gets underway in Dharamsala before moving to Mohali for the second and then down south Bengaluru for the series finale. 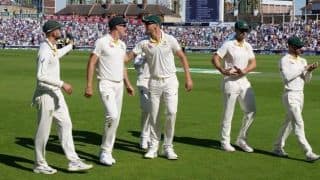