Karachi: Pakistan’s head coach Waqar Younis is not happy at the way franchises have picked local players for the Pakistan Super League (PSL). Waqar told the media in Lahore that he was surprised and disappointed that no franchise had picked left arm pacer Rahat Ali for the T20 league which is due to be held in February in Dubai and Sharjah. “Rahat is one of our top bowlers and has represented the national team this year in the World Cup and other major events. It is strange that he was not picked for the PSL by any franchise,” Waqar said. He said some other deserving players had also been ignored by the PSL franchises. READ: Missing PSL 2016 massively disappointing: Yasir Arafat

“I will request the PSL franchises to reconsider the situation and take some of these deserving players like Rahat on board,” he added. The former Pakistan captain also noted that senior batsman Younis Khan had also found no place in the PSL which was surprising. Ironically though Waqar had given his availability for the PSL in the head coaches list no franchise opted for him even though the Peshawar franchise opted to pick his junior Muhammad Akram and Quetta went for former captain Moin Khan. READ: Imran Khan set to mentor PSL franchise Peshawar Zalmi

The other three franchises have opted for foreign coaches. Sources said that Waqar was miffed with the way he was ignored by PSL franchises and had conveyed his frustration to the cricket board which is holding the PSL. Some former players have made a big issue of the fact that Pakistan’s head coach couldn’t find a place in the PSL and how Younis Khan was also ignored. Many believe that the PCB should have appointed Younis as a mentor for the PSL. READ: Dean Jones visa row: Pakistan Interior Minister orders action against airlines 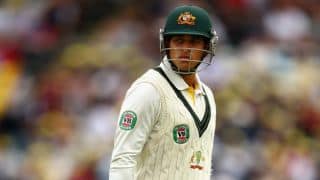 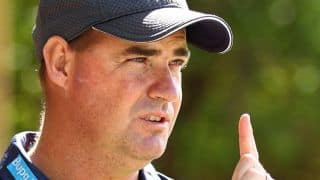