Kumar Sangakkara and Imran Tahir are playing for the Multan Sultans in the on going Pakistan Super League 2018.

Kumar Sangakkara and Imran Tahir are playing for the Multan Sultans in the ongoing PSL 2018. Tahir picked up a hat-trick against Quetta Gladiators in Match 13, becoming the third player in PSL history to do so. In an interview with Dawn, Sangakkara had high praise for Tahir on his control and awareness of the game: The way Imran Tahir bowls it shows the quality of the man and why he is considered one of the best bowlers in the shorter format of the game. It’s just his control, his awareness, and the fact that he gives everything. It’s a pleasure to play with him.

Sangakkara is the leading run-scorer in the series with 177 runs at 59 in 5 matches. He has rated the tournament as one of the best in the world: Some of the best international players are playing alongside great young talent from Pakistan, and the seniors are there too. I think it is one the best leagues out there.

Shoaib Malik has led the team to top of the table with 3 wins out of 5 matches. Sanga appreciated Malik’s leadership skills as well: He has been great as a leader because he is very calm. He never puts pressure on us but expects us just to do the job that we are supposed to do.

The Eliminators of the tournament are scheduled to be played in Pakistan. Sangakkara, Lanka s vice-captain in 2009, was one of the players injured in the firing at Lahore where six policemen and two civilians were killed. Speaking on the incident, Sanga mentioned that the Eliminators are some distance away: I think we [have] got a long way to go before we qualify. It s about playing one game at a time and taking a decision when the time comes.

Multan will play Peshawar in their next match on March 6 at Dubai International Cricket Stadium. 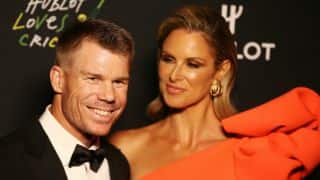