Shoaib Akhtar said he was honoured to be a part of Lahore Qalandars and that he is now looking forward to the challenge ahead.

Karachi: Former Pakistan speedster Shoaib Akhtar has been roped in as a mentor for Lahore Qalandars for the third edition of the Pakistan Super League (PSL). The role of Akhtar would be to primarily work with the young fast bowlers in the Qalandars’ squad, alongside another former Pakistan pacer and the franchise director Aaqib Javed. Commenting on his appointment, Akhtar said he was honoured to be a part of Qalandars and that he is now looking forward to the challenge ahead. “I’m honored and privileged to be a part of Qalandars. Extremely excited and thrilled. Haris is from Pindi and he is the find of Aaqib Javed. Aaqib knows a talent when he sees one,” ESPNcricinfo quoted Akhtar as saying. The third edition of Pakistan’s T20 tournament is slated to begin on February 9, 2018. Waqar Younis to coach Islamabad United in PSL 3

Meanwhile, former Pakistan head coach Waqar Younis has been roped in as the team director and bowling coach of the Pakistan Super League (PSL) franchise Islamabad United. Islamabad United s director role was earlier held by legendary fast bowler Wasim Akram, who left the franchise to join Multan Sultans for the upcoming third edition of the league. Announcing the news of Waqar s appointment, Islamabad United team owner Ali Naqvi revealed that Wasim had earlier worked with Rumman Raees and taught him swing, and now, Waqar will teach him toe-crushers. 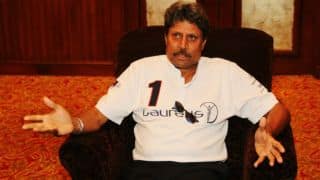