Resold and slightly repackaged, Hyderabad are back in the IPL with a new name and a rather easy opening awaits them when they take on last season's laggards Pune Warriors here tomorrow. Resold and slightly repackaged, Hyderabad are back in the IPL with a new name and a rather easy opening awaits them when they take on last season’s laggards Pune Warriors here tomorrow.

Missing from the line-up of the Sunrisers Hyderabad, as they are called now, would be star batsman Shikhar Dhawan, who knocked up the fastest Test century on debut against Australia last month.

The star batsman is nursing a hand injury and is likely to miss the first few matches of the event.

Despite this, the Sunrisers would be quite a handful for the Warriors. The team, which retained Kumar Sangakkara as captain despite having a different owner after Deccan Chronicle Group pulled out due to its financial woes.

They have an ace up their sleeves when it comes to bowling as South African tearaway pacer Dale Steyn would lead the attack for them. Steyn is currently ranked number one in the ICC rankings.

Ishant Sharma and experienced spinners like Amit Mishra and Nathan McCullum are the other proven bowlers in the line-up. .

Pune Warriors, on the other hand, suffered a setback when Australian Michael Clarke was ruled out of the entire IPL season due to a recurring back injury.

But the return of Yuvraj Singh and the presence of Sri Lanka’s Angelo Mathews, Ajantha Mendis and New Zealand’s Ross Taylor has bolstered the team.

The Warriors, coached by former South African great Allan Donald, also feature some promising domestic stars such as all-rounder like Abhishek Nayar and Parveez Rasool, the first player from Jammu and Kashmir to have been signed by an IPL franchise. 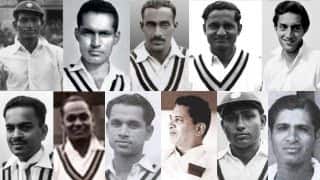