Jason Gillespie revealed the various adjustments the Indian veteran made resulting in the turnaround. 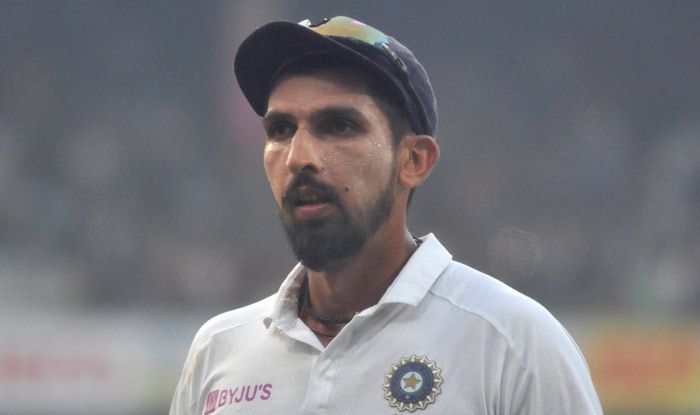 Ishant Sharma recently credited Australian Jason Gillespie for helping him find his second wind that has seen him become one of the premier fast bowlers in Test cricket currently. There was a stage in Ishant’s career where he was pigeonholed as a workhorse, someone capable of bowling his heart out but the wickets were not easy to come by.

However, a stint with English county side Susses where he worked with Gillespie helped him bridge the gap making him a reliable wicket-taking bowler.

Speaking of how he changed Ishant’s mindset, Gillespie revealed the various adjustments the Indian veteran went through. “We spoke about a number of things regarding bowling in general when he was at Sussex,” Gillespie told The Times of India. “I believe we learnt a lot from each other. Ishant was keen to explore ways where he could create more wicket-taking opportunities. Things we spoke about included wrist position for swinging and seaming the ball and the best lengths to bowl. We also spoke about bowling over and around the wicket to the left-handlers depending on how much the ball is swinging.”

He continued, “If you look at how Ishant is taking his wickets, he is bowling a fuller length on average. Rather than bowling back of a length, he is bowling about knee roll/top of pad length. Often, when bowlers practise bowling fuller, they can look to put the ball there rather than hit the pitch hard like bowlers do when they bowl back of a length. As a coach sometimes, it is the language you use with players that can help. We spoke about “looking to put a dent in the pitch on that fuller length” as opposed to saying “hit the pitch hard.”

With the likes of Jasprit Bumrah, Mohammed Shami, Umesh Yadav and Ishant, India boast of one of the most potent fast bowling attack in the world. Gillespie, who played 71 Tests, 97 ODIs and one T20I for Australia, feels India have one of the most exciting bowling combinations in the world.

“India have a fantastic attack. I think there are some wonderful pace attacks in the world at the moment. I particularly enjoy watching Australia and India’s pace attacks. It’s tough to go past (Mitchell) Starc, (Josh) Hazlewood and (Pat) Cummins in my opinion. However, what I can say is that Bumrah and Shami is one of the most exciting bowling combinations in the world,” the 44-year-old said. Mayank Agarwal Rewarded For Hard Work, His Absence From Karnataka is Opportunity For Others, Says Karun Nair