Sunil Gavaskar says that Virat Kohli has excelled as batsman but questions will be asked about his captaincy after another overseas Test series defeat.

Virat Kohli might have exceeded expectations as a batsman but he has a long way to go as far as captaincy is concerned. Since taking over MS Dhoni as Test captain in 2014, Kohli has had tasted success on the tours of the West Indies and Sri Lanka and has built an impenetrable fort at home. But his last two overseas assignments, in South Africa and currently in England, have resulted in defeats which have put a dent on his leadership skills.

Batting legend Sunil Gavaskar feels that since people saw potential in Kohli’s captaincy, not living up to the expectations might lead to questions over whether he has done enough as a leader. On the ongoing tour of England, on several occasions, his decisions have been put under the microscope. For example, persisting with an extra spinner when the conditions demanded a fast bowler in the rain-affected Lord’s Test which resulted in a humiliating defeat for the world’s No. 1 Test team.

“Everybody would be disappointed looking at the result because when Virat Kohli took over as captain, it seemed like the team would head into a new direction under him,” Gavaskar was quoted as saying by India Today on Monday. “The team looked hungry to win and seemed more hopeful of doing well under Kohli. Everyone thought that he will bring in a lot more josh, a lot more energy into the team. So quite naturally, there will be questions asked about his captaincy.”

Gavaskar felt the polar opposite personalities of Kohli and his predecessor Dhoni gave an impression that India will see the introduction of a fresh approach and the team that has traditionally struggled in overseas conditions, will finally began tasting success.

“Yes, when Virat took over captaincy, everybody thought that it will be a completely different way because you had MSD [MS Dhoni] who was cool, calm and collected and here was somebody who was very passionate. Not that being calm, cool and collected means that you are not passionate about winning but here was a person who had a completely different approach and outlook to the game.

“Everybody knew that the three toughest series for India was going to be in South Africa, England and the forthcoming Australia tour. Before this all that India played were more like practice tours in Sri Lanka and West Indies,” Gavaskar added.

Against Australia, during their home Test series last year, India lost the opening game but came back strongly to seal the series 2-1 and that, as per Gavaskar, was an indication that this team, led by Kohli, will excel in testing circumstances.

“Even the way in which India came back to beat Australia in the Test series last year after losing the first match, that gave us the impression that India wouldn’t back down to any challenge under captain Kohli. It seemed India would always play with their heads held high. But the captain is only as good as his team. As a batsman Kohli has lived up to the expectations and even more. He has done everything possible as a batsman,” he said. 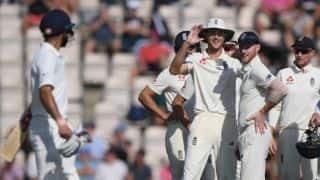