“It is my great pleasure and privilege to congratulate all the nominees as we celebrate a very successful year of superior achievement by our Proteas who had won all their Test series in the past 12 months on top of impressive 5-0 clean sweeps against both Australia and Sri Lanka in ODI cricket,” said CSA Chief Executive Haroon Lorgat. “Our country continues to produce world-class players. We only need reflect on the superb way in which Quinton de Kock, Kagiso Rabada, Temba Bavuma and Keshav Maharaj have shone over the past year and who continue to grow alongside established greats like AB de Villiers, Hashim Amla and Dale Steyn.” 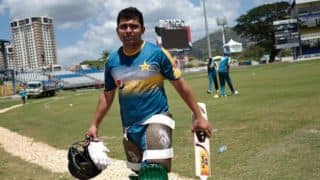