The usual recovery period for the injury he sustained is six to 12 weeks.

South African wicketkeeper-batsman Quinton de Kock is in a race against time to be fit for the coveted ICC World Cup 2015 following his injury to an ankle ligament during the first Test against the West Indies in Pretoria.

The usual recovery period for such an injury is six to 12 weeks, putting in doubt his participation in the forthcoming World Cup, which kick starts on February 14, Sport24 reported. Though AB de Villiers set to take the gloves for the second Test in Port Elizabeth, de Kock’s absence would be keenly felt, the report added.

The swashbuckling batsman has made six centuries and four fifties in 35 ODI innings at an average of 43.58 for the Proteas. South Africa emerged victorious in the first Test by an innings and 220 runs on Saturday. 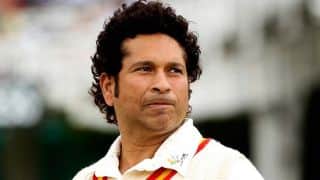