Sarwan said Gayle's outburst was unfortunate and that he is clarifying himself only to protect his image and those hampered by such claims.

Ramnaresh Sarwan has responded to Chris Gayle‘s explosive claims regarding his former teammate calling the accusation “Scandalous” and insisting he had nothing to do with the West Indies superstar’s ouster from CPL franchise Jamaica Tallawahs. Sarwan’s comments come a day after the Tallawahs issued a statement regarding their release of Gayle, saying call was taken by “collectively by the Ownership and Management team which did not include Mr. Ramnaresh Sarwan and based purely on business and cricketing reasoning.”

“I categorically deny any involvement in the decision or the decision-making process, which led to Gayle’s non-selection to represent the Jamaica Tallawahs in the 2020 Caribbean Premier League (CPL) Tournament,” Sarwan said in a two-page statement he issued on his Facebook account on Thursday.

“In that video, he has levelled false allegations and tarnished the good name and reputation of a series of persons,” Sarwan said. “I was the focus of most of the onslaughts. I reply, not because I feel that Gayle’s rantings are worthy of it, but because I feel that the public’s record must be set straight and also, to protect the character and careers of so many people, whose image he sought to besmirch.”

On Tuesday, Gayle had lambasted Sarwan calling him ‘worse than coronavirus’ and using terms like deceitful and snake for the alleged role played in his exit from Tallawahs. Gayle said he hoped to end his career with the Tallawahs after signing a three-year contract ahead of the last season. The 40-year-old also claimed that Sarwan, an assistant coach at Tallawahs, was highly unpopular among the players including captain Andre Russell.

In the statement, Sarwan said Gayle’s outburst was unfortunate and that he is clarifying himself only to protect his image and those hampered by such claims.

“Let me make it abundantly clear, that I have played with Gayle from the inception of my international career and I have always respected him as an extraordinary talent, a colleague and most importantly, a close friend. Hence, my utter shock by these scandalous allegations.”

“In 2019, I was appointed Head Coach. I reached out to Chris and discussed with him, the selection of a team. I did so out of respect for him. In my conversation with Gayle about the team, he informed me that Donovan Miller, a Jamaican and a very close friend of Chris should be appointed Head Coach as he would better understand the culture of the Jamaican players. I conveyed Gayle’s view to the CEO, informing the CEO that I would be happy to step aside for Miller’s appointment given that Chris feels strongly about his appointment. My priority was what would be in the best interest of the team. Gayle is fully aware of the background, yet he accuses me of fighting to be Head Coach.”

Gayle and Sarwan played 249 matches together for the West Indies dating back to their Under-19 days. In his closing comments, Sarwan stated that at no point did he have anything to do with influencing foreign players to form any form of an opinion regarding Gayle, that could have led to cold relation between players and the big-hitting batsman.

“I absolutely reject Gayle’s allegation that I encouraged foreign players to disrespect him,” Sarwan said. “I really do not understand how he came to such a conclusion and this simply is not true.”

“My deep concern, is that young and upcoming players who regard Gayle as a role model, may think that this is an acceptable way of addressing problems which may befall them in their careers.” 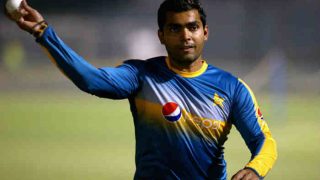 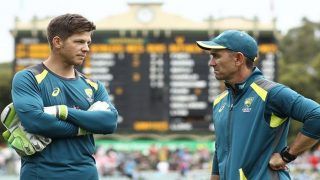