Under Steve Smith, Rajasthan Royals won four of their seven matches with one producing no result.

Rajasthan Royals have reappointed Ajinkya Rahane as captain for the remainder of their IPL 2019 season after Steve Smith‘s return to Australia.

Smith took over the reins midway through the season after the 2008 champions managed to win just one of their opening six matches. In his first game in charge, the former Australia captain led RR to a four-wicket win against Mumbai Indians.

Under Smith, RR won four of their seven matches with one producing no result. He has left home to join his national teammates for a World Cup preparatory camp.

With five wins from 13 matches, RR are still in playoff contention but need to win their final league match and then pray for some favourable results.

Zubin Bharucha, Head of Cricket at RR, praised Rahane’s leadership qualities. “Jinks (Rahane) has always been a great guiding force for the team. We have requested Ajinkya to take on the captaincy of the team; as a true Royal he has shown great courage and character in graciously accepting the responsibility, which accompanies this role, whilst it would have been easier for him to take a back seat and focus solely on his batting. A true team man and a true Royal, we are extremely fortunate to have characters like him playing this sport and even prouder he is part of the Rajasthan Royals franchise,” he said in a media release on Friday.

He added, “He has consistently been part of the leadership team taking key decisions and we have full trust in him taking us to victory tomorrow.” 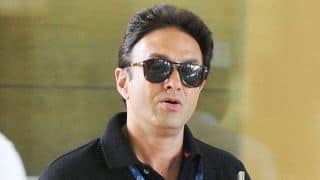 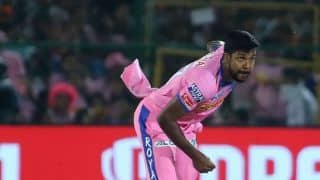