The first Test versus India starts on Cornwall's home island of Antigua on Thursday.

Uncapped West Indies spin-bowling allrounder Rahkeem Cornwall believes that he is best suited for Test cricket, despite his gait, and hopes to make an immediate impact if called on to make his international debut this week.

Cornwall, who weighs 140kg, earned his maiden call-up to a senior West Indies side last week after sustained success in the domestic formats.

Speaking to windiescricket.com, Cornwall cited his consistency in first-class cricket as reason to believe he could do well in Tests.

“I believe the Test format suits my game because of the consistency a player needs over a long period of time to be successful, and I’ve enjoyed that challenge so far in my career playing first-class cricket,” he said. “The feeling is great – it’s something I’ve been pushing to achieve for a long time.”

“The A team preparation has been very good,” he said. “England Lions and India A were two quality opposition teams featuring guys that played Test cricket. Overall it has been very challenging and it was a good place to test skills that I’ve been trying to perfect every year in our domestic competition.”

“I’ve been putting in a lot of work over the last couple of months. I’ve always pushed myself,” said Cornwall. “I feel I can go on and I think the on field results I’ve achieved have shown the progress I’m making.”

The first Test between India and West Indies starts on Cornwall’s home island of Antigua from August 22, and he hoped to make his debut there.

“The feeling would be great if I was picked in the first Test. I just would want to go out and perform and don’t disappoint my friends and family,” said Cornwall. 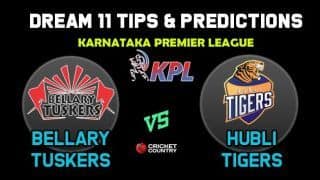