The 19-year-old legspinner earned his maiden India call-up after he was picked in the squad for the three-match Twenty20 series against West Indies.

After enjoying a fine run of form for Mumbai Indians (MI) in the Indian Premier League (IPL) 2019 and for India A, Rahul Chahar earned his maiden India call-up as the selectors named him in the squad for the three-match Twenty20 series against West Indies.

While Chahar said that selection was not on his mind, he termed his India call-up “a dream come true”.

“I was sleeping. It was four in the morning (in the Caribbean). All of a sudden, my phone started buzzing. It was flooded with congratulatory messages for my selection. It was a dream come true,” Chahar was quoted as saying by The Times of India.

“Honestly, selection was not on my mind. I am a guy who lives in the present. I give my best in whatever I do. I just wanted to concentrate on India A matches (against West Indies A). I performed and the selectors were happy with my show. That’s why they gave me the opportunity. I performed well against Sri Lanka as well,” Chahar added.

“I will give my best. When I take the ball, I don’t think about the result. I will do the same if I get a chance to play against West Indies. It’s a proud feeling for me to be in the India squad. I promise, if given a chance, I will not disappoint my captain,” said the 19-year-old.

“I have learnt a lot from the IPL. I would like to give credit to Zaheer (Khan) sir and Rohit (Sharma). Rohit bhaiya showed trust in me. Be it powerplays or death overs, he never hesitated to give me the ball. He said… jaise hamesha daalta hai, waise daalna (bowl the way you always do). I have bowled in the 2nd over of a match and also the 17th over. The two are very different situations. This shows that Rohit bhaiya was confident about my bowling. He also said… mujhe pata hai tu run nahi jaane dega (I know you won’t concede too many runs). He knew I can control the flow of runs. He is an amazing captain,” Chahar said.

ALSO READ: India vs West Indies 2019: Who is Rahul Chahar?

“Zaheer sir is a great person. Be it off the field or during training, he has supported me a lot. He taught me to experiment with all six deliveries. And whenever I had expensive overs, he used to come to the dressing room or in the mid-innings break to guide me.”

“During the practice sessions, he used to come and say… “kal ye galti kiya tune, chal isey theek karte hain” (You committed this mistake yesterday, let’s go and correct it). He is a legend of the game and it was an honour to learn from him,” continued Chahar.

While Chahar played and succeeded under Rohit during MI’s title-winning run in IPL 2019, he played alongside former India skipper MS Dhoni in Rising Pune Supergiant. Talking about Dhoni, Chahar said: “Both (Rohit and Dhoni) are amazing captains. From Dhoni sir, I learnt how to keep calm, especially in crunch situations. I learnt how to remain grounded and humble in life and how to take decisions in pressure-cooker situations. That’s why he (Dhoni) is a legend. From Rohit bhaiya, I learnt how to raise the confidence bar and how to back yourself.”

While he is in contention to make his India debut, the legspinner said that he is looking forward to play alongside his cousin Deepak Chahar, a medium pacer.

“During our childhood days, my tau ji (uncle) told us (Deepak and Rahul) that he wants both of us to play for India some day and that too in the same eleven. I hope the dream will soon come true. I want to dedicate all our success to him, who has sacrificed everything to help us reach this level. It will be a big day for him if he sees both of us featuring in the same eleven,” said Chahar.

“We are actually living his (Chahar’s uncle) dream right now. I am really thankful to God for making this possible. I am happy that I have my name in the India squad alongside my brother Deepak. If given a chance, both of us will do well,” concluded Chahar. 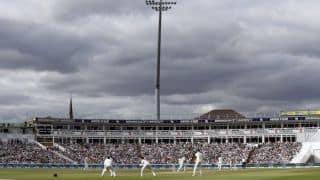 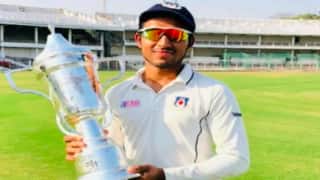