The Indian cricket team lost the second straight T2OI game against South Africa in the ongoing five-match series in Cuttack on Sunday.

Cuttack: The Indian cricket team lost the second straight T2OI game against South Africa in the ongoing five-match series. Temba Bavuma’s men outplayed the home side at the Barabati Stadium in Cuttack on Sunday as they won the match by four wickets. Former Indian pacer Zaheer Khan feels that this is a cause of concern for head coach Rahul Dravid and his team.

A disciplined bowling performance from all the bowlers helped South Africa restrict India to just 148/6 in 20 overs. Dinesh Karthik’s late flourish (30 not out off 21 balls) was not enough to take the home side to a big total.

In response, in-form Heinrich Klaasen played a brilliant knock (81 off 46) and led South Africa to a convincing win. Besides Klaasen, captain Temba Bavuma (35 off 30) and David Miller (20 not out off 15) also scored vital runs for the visitors while Bhuvneshwar Kumar (4/13) was the pick of the bowlers for India as he took wickets with the ball in his almost every over.

Zaheer Khan stated that the Indian team is lacking their trademark fighting spirit in the match and letting their guard down when conditions are not favourable for them.

“When the partnership was building (Klaasen-Bavuma), you could feel that the drive in the India team was going down. It was evident on the field. Those are the things Rahul Dravid and Co. need to address and do it quickly because there is only one day in between (before the 3rd T20I). They need to regroup, have some tough conversations, and identify what it is going to take for them to fight for 40 overs,” the former fast bowler said to Cricbuzz.

Bhuvneshwar Kumar (4/13) was the pick of the bowlers for India as he took wickets with the ball in his almost every over. “Even in the first match, you thought India were in the driver’s seat. Today again, they had the ideal start with the ball. Bhuvneshwar Kumar was outstanding, but they have not been able to close out games. Some concerns for India going forward in the series and a lot of pressure,” concluded Zaheer Khan. 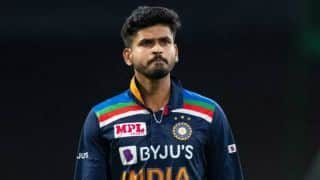