BJP tried to rope in the Karnataka born Dravid and Kumble to gain the support of the youth of the state of the assembly polls.

Bharatiya Janata Party (BJP) tried to rope in Rahul Dravid and Anil Kumble to attract support of the Karnataka youth in the assembly polls. However, their plan has seemed to fail as both of them rejected the offer to join the party. As per reports in The Print, BJP has been trying since several weeks to convince Dravid and Kumble to stand against Siddaramaiah s incumbent Congress regime. The two men carry a reputation that would be ideal to grab votes of youngsters which would be of great use during the May 12 polls.

However, BJP has not given up, and are still trying to convince one of them, according to a source: Talks are still on. At least one of them desires to be fielded for the Lok Sabha or the Rajya Sabha. We have not lost all hope yet. Both cricketers refused to address the media regarding the same. After retiring from international cricket, Kumble has become a sports management businessman and a cricket administrator, while Dravid is currently coach of India A and India Under-19. 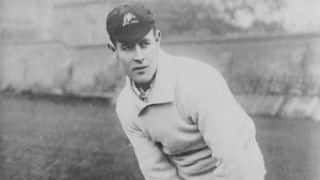 Victor Trumper’s iconic 335: A day of 22 fives and a smashed boot factory window