Dravid was India's best batsman on their last tour to England.

Rahul Dravid, the former Indian Test captain, has been named as the batting consultant of the Indian team which is currently on the tour to England. India head to England with a young team, with a fresh look to their batting line-up. Only Gautam Gambhir and skipper MS Dhoni have previously batted in England.

NDTV reported on Sunday of Dravid’s selection as batting consultant. Dravid’s appointment as batting consultant for this tour may not come as a surprise given his successful run in England as a player. He made his debut back in 1996, where he scored 95 in his first outing. In 2002, he scored big runs as India drew the series 1-1. But, it was during the 2011 series that the Indian team realized his value as he was the only one who stood tall amongst the ruins.

Dravid retired from Test cricket in 2012 and has played Indian Premier League (IPL) after that. Recently, he was on the coaching staff of the Rajasthan Royals for the IPL 2014. He has also worked as a broadcaster after his retirement. Dravid now joins the India staff comprising coach Duncan Fletcher, bowling coach Joe Dawes and fielding coach Trevor Penny. 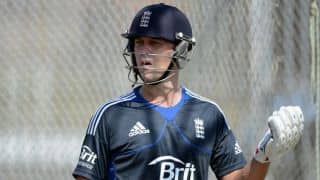 Jonathan Trott to make comeback to First-Class cricket for Warwickshire 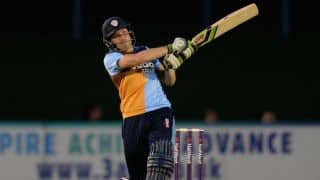