Samson's performance in the IPL and in domestic cricket have led to him becoming one of the frontrunners for the wicketkeeper's position in the Indian limited-overs side. 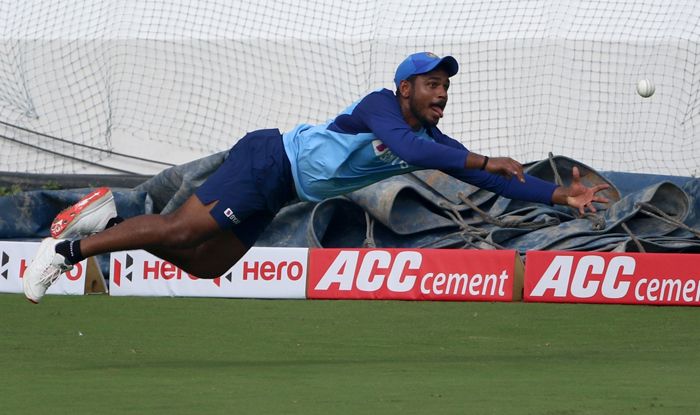 India wicket-keeper batsman Sanju Samson’s first year with his Indian Premier League (IPL) side Rajasthan Royals was also the last year that former India captain Rahul Dravid led the side. Samson said that it felt like a ‘dream come true’ when Dravid first asked him if he wanted to join the squad.

“I played a really good knock there, at the end of the second day, Rahul bhai came to me and asked ‘Would you play for my team?’ It was like a dream for me, to have Rahul bhai come and ask me to play for him.

“At the IPL also I didn’t play the first six games. I would always talk to him and other senior players like (Shane) Watson, (Brad) Hodge and learn from them. Even today if I call him and ask for help, he’s always there to help me.”

Samson has since scored 2209 runs in 93 matches in the IPL. His performances in the IPL and in domestic cricket have led to him becoming one of the frontrunners for the wicketkeeper’s position in the Indian limited-overs side in the run-up to the 2020 T20 World Cup.

The 25-year-old said that he has learnt to maintain his composure in the middle over the years. “I’ve learnt to understand and focus more on my strengths and accepting the failures. I try to contribute for the team’s cause and try to take the team over the line rather than always look to be consistent myself. Have learnt to focus and control my emotions while batting like M.S. Dhoni,” he said.

On returning to the Indian set-up, Samson said: “It was great to be a part of the Indian team again. To be part of one of the best teams in the world, surrounded by players like Virat (Kohli) bhai and Rohit (Sharma) bhai it was a fantastic experience. (On being chosen to bat during the super over) It was a great feeling to be trusted by the players such as Virat bhai and Rohit bhai to go out there and bat in the crucial moments. It’s a great feeling when the team and the players consider you to be a match-winner.”

Marnus Labuschagne on Banning Use of Saliva in Cricket, Says Players Must be Adaptable to New Laws 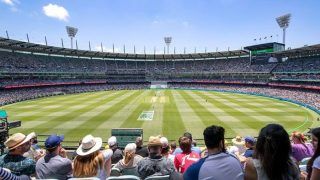