Rahul Dravid's mother has captured all his best moments in his career since his childhood in a scrapbook.

A couple of years now have passed since we watched him play for India, since we watched him lead Indian Premier League side Rajasthan Royals in the T20 tournament, but the memories are fresh, any cricket fan can recollect Rahul Dravid’s excellent performances for the country! Be it the 180 against Australia at Kolkata in 2001 that gifted the team one of theirs most famous Test victories or be India’s 2011 tour of England, where he was the only visitor who did not struggle with the bat.

All the Dravid followers might thank Puspa Dravid, the cricketer’s mother to capture all his best moments in his career since his childhood in a scrapbook. To make it more beautiful, the man himself has narrated his story.

It was always known that it was Dravid’s father who had introduced his son to the game. “I grew up to the strange commentary coming off my father’s transistor. I grew curious why my father loves the game so much, the curiosity gave way to interest and that lead into the love for the game,” the wall of Indian cricket said.

The best memories of his initial years as a cricketer has been the days when he played along with his younger brother, Vijay Dravid, for St Josephs Boys High School. They created history when the brothers together led the Josephites to the Cottonian Shield final, the first time when Rahul, the skipper of the senior team and Vijay, who captained the junior team, won their respective teams the title.

The wicketkeeper batsman revealed that his childhood coach Keki Tarapore, who holds a huge credit for his successful career, always focussed on punctuality, discipline, polished shoes and a perfect uniform. Watch the video here:

And Dravid always maintained that strictness in every point of his 16-year old international career. And today, all those qualities will be transferred to the young blood of the country as the former Idnian skipper has been given a double role— India ‘A’ and Under-19 coach. 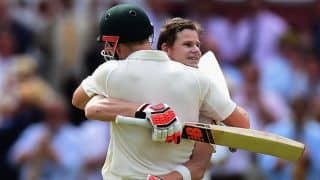