Dravid also stressed on the importance of teamwork.

Mumbai: Former India captain Rahul Dravid said that the upcoming ICC World Cup 2015 is going to be a challenge for the MS Dhoni-led team, which should hope for the Australian and New Zealand wickets to remain slow and supportive of spin.

“It’s going to be a challenge, it is not easy. You are playing in very different conditions,” Dravid told reporters at Mumbai. It was a bit strange to see that most of the Australian wickets were slow during the recently-concluded Test series and Dravid hopes the pitches behave n the same manner to assist India’s most potent weapon, spin.

“That’s the advantage India has, if the wickets stay slower and lower as we have seen in the Test matches, then the spinners will come into the mix and India can afford to play two and even three spinners,” he said.

However, he also pointed out that the slow track at Adelaide was much different from the fast one in Brisbane. Dravid expressed confidence that the Indian team has the right combination to reach the quarter-finals. After that it would be only about “three good days” of performance, he said. He cautioned that hosts Australia and New Zealand, South Africa, Sri Lanka and Pakistan have 60-70 per cent chance to lift the cup.

“It is going to be who handles pressure better and who handles the must-win games better. India will make to the quarter final, and I think they have got the players to do it,” he said, adding that by quarter finals, the team should get their act together and the entire playing 11 should be in top form.

Dravid, who had a formidable reputation as a number three, said he would like Virat Kohli to walk onto the field after 10-12 overs which would allow him time to settle in for a big knock. As far as the opening pair was concerned, he said it is unfortunate that Rohit Sharma is down with injury, but his comeback will help things a lot, while Shikhar Dhawan, who has had a few bad games recently, should be given necessary time to perform.He acknowledged that the bowling has been lacklustre in the recent past, but pointed out that the return of Ishant Sharma and Ravindra Jadeja was a positive development.

“I am not overly worried about form right now. We had a few issues with injuries with couple of batsmen and bowlers getting injured, it’s been hard for them, but I am not overly concerned,” Dravid said. Stressing the importance of team work, he said one celebrated player like Dhoni or his deputy Kohli cannot win the cup alone. “At least six players will have to hit their best forms,” he added. 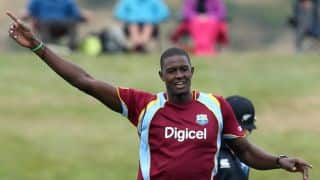