Dravid expressed surprise at being part of the elite group including top athletes.

Batting on a different wicket as member of the Target Olympic Podium Scheme (TOP) initiated by the Ministry of Sports to increase India’s medal tally, former captain Rahul Dravid said that Olympic sports can learn a lot from cricket and vice versa.

Part of the eight-member team of elite sports-persons to identify and help prospective medal winners from across India for the 2016 and 2020 Olympics, Dravid expressed surprise at being part of the elite group including MC Mary Kom, Pullela Gopichand, Anju Bobby George and Abhinav Bindra but is optimistic about Indian sport moving in the right direction.

“I have been involved in an international sport for so long and I guess have an idea of what it takes for international athletes to be successful. I am not sure why I was invited on the committee but it’s the kind of opinion that they want. I obviously am not going to comment on shooters or badminton players or athletes. For that we have Abhinav, Gopi and Anju with much more knowledge,” said the only non-Olympic sportsman in the panel.

“There is no doubt that things are improving in Indian sport even outside of cricket. We are getting a lot more medals at the international level and at the Olympics. So this is a great initiative. It supports the top athletes and that’s how it’s done all over the world and an elite athlete needs lot of support to compete at that level against the best players of the world,” added India’s top batsman.

Running the show as chairman of the programme, BJP MP and Indian Olympic Association vice-president Anurag Thakur thanked the ministry for the putting the scheme under National Sports Development Fund (NSDF).

“I think it’s a good idea. We had a very successful first meeting where we looked at the names. And also looked at the system, which needs to be adopted of how to train the trainers as well as implement the scheme successfully and also bring in a lot of transparency and accountability into the system, so that we can increase our medal tally in the coming time,” said Thakur. More PTI FK AT 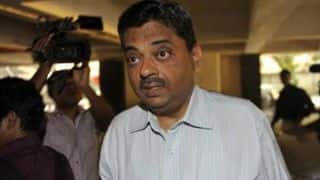 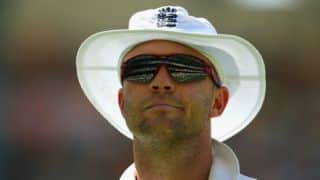