He has been the finest ambassador for India in the traditional form of the game and Rahul Dravid, after calling time on his cricket career, remained true to his first love — Test cricket. 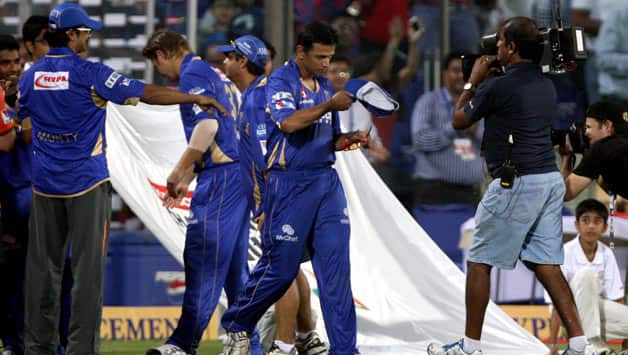 He has been the finest ambassador for India in the traditional form of the game and Rahul Dravid, after calling time on his cricket career, remained true to his first love — Test cricket.

“It was [emotional] in some ways. It’s when you give up Test cricket, that’s when you feel emotional,” Dravid said when asked whether he felt emotional turning up for Rajasthan Royals against Mumbai Indians in the last match of his professional career.

“It was a privilege to lead such a bunch. The franchise has gone through a lots of ups and downs. It has been the same group and there was great working environment,” Dravid, who captained Rajasthan Royals to the final of Champions League T20 , said.

As he has done on many occasions, Dravid did mention that the spot-fixing scandal involving India international S Sreesanth was “very disappointing”.

“It wasn’t an ideal thing to have happened. I don’t want to comment specifically but those were extremely challenging times,” Dravid told NDTV in an interview.

Dravid felt that the spot-fixing incident is a lesson for the cricket establishment that one needs to be “vigilant”.

“Look, people who want to corrupt the game are not going to go away. It’s a lot about the choices that an individual makes. We have to be vigilant.”

Dravid gave a logical answer as to why he came in at No 8 during the final on Sunday night.

“Chasing a target with an asking rate of 11 per over is certainly not my strength at 40 plus,” he laughed.

“It has been a memorable journey with the Royals. It started three years back and last two years, I have been a captain. The whole campaign has been excellent. Yesterday was a good night and I got a lovely reception from the Delhi crowd.”

He was all praise for veteran Pravin Tambe who grabbed 12 scalps in the tournament to emerge as highest wicket-taker.

“While we play international cricket, we must never forget that we have the Pravins of the world playing for along with us in the club matches. It’s a heart warming story of Pravin’s skill, fortitude and attitude.”

The best part about retirement according to Dravid “is not having to practise anymore”.

“I will get to spend more time with my family. I haven’t planned about my second innings. Right now however, I need a holiday.”