"It's nice to replicate this experience leading into the World Cup, to give these boys some exposure in these conditions."

Former Indian skipper Rahul Dravid has said that he is pleased with the way India A team have performed in the tri-series against England Lions and West Indies. Backed by Deepak Chahar‘s 3 wickets off 58 runs and Rishabh Pant‘s unbeaten 64, India A thrashed England Lions by 5 wickets in the final match to register a series win here at Kennington Oval on June 2.

Expressing delight over team’s performance after the final match, Dravid said that they performed really well and it was good seeing them competing in the foreign conditions. “It’s been quite satisfying, some good performances. A tough game today as well, we had to fight back with the ball and the bat – so good to see them fight, good to see them compete in these conditions. Definitely, some positives, as well as seeing some of the boys get into the national side as well, irrespective of the result,” ESPNcricinfo quoted Dravid, as saying.

Dravid further said that with the World Cup tournament around the corner, these Youngsters can be tried by the selectors, if the situation does arise. “Especially with the World Cup in a year’s time, it’s nice to have bench strength, for the selectors to know there are good young players if the situation does arise. It’s nice to replicate this experience leading into the World Cup, to give these boys some exposure in these conditions,” Dravid said.

Reflecting on the upcoming India-England series, the right-hand batsman said that it will be an interesting series and India is well placed to put up a good performance. “It should be an interesting series. The India batting line-up has been here before, which should give them a lot of confidence. Hopefully, the bowlers, if they can keep them fit, we’ve got a very good attack; the spinners have been here before, too. India is well placed to do well, but make no mistake, England in these conditions are a very good side. I’m hoping for a great series,” he commented. 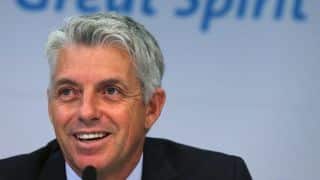 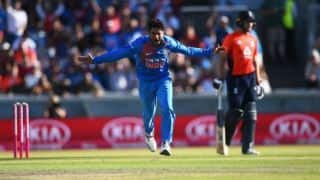