Former captain Rahul Dravid says the spirit of the game has become more "relevant and important" in the wake of the Indian Premier League (IPL) spot-fixing scandal that plunged Indian cricket into a credibility crisis. 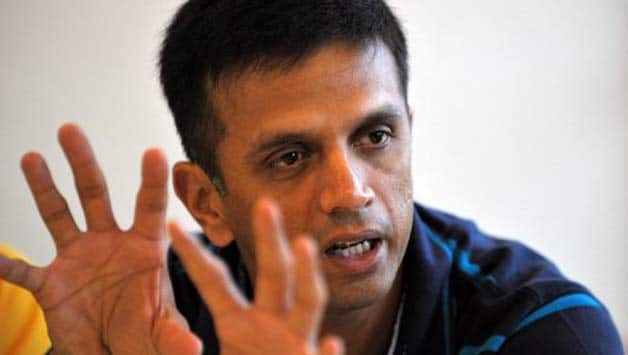 Asked how young players were able to deliver whenever needed, Rahul Dravid (above) gave all the credit to his teammates and support staff © AFP

Former captain Rahul Dravid says the spirit of the game has become more “relevant and important” in the wake of the Indian Premier League (IPL) spot-fixing scandal that plunged Indian cricket into a credibility crisis.

One of the most disciplined statesmen of modern-day cricket, Dravid said, “In times like these when the game is facing big challenges and some of the players get involved [corruption] the spirit of the game becomes more relevant and important.”

“It is important that you play within rules and in spirit of the game. Selections should be consequence of what you are doing but not the goal. Winning and succeeding is not important if you play foul.”

Dravid’s former Rajasthan Royals and India teammate S Sreesanth and Ankeet Chavan were recently handed life bans by the Board of Control for Cricket in India (BCCI) for involvement in spot-fixing, a few months after spending time in jail. A verdict on another accused cricketer Ajit Chandila, who was also a part of Rajasthan Royals, is awaited.

“In the late 1990s, two distinguished MCC members [and ex-England captains], Ted Dexter and Lord [Colin] Cowdrey, sought to enshrine the ‘Spirit of Cricket’ in the game’s Laws.Their initiative proved successful when the current Code of Laws was introduced in 2000,” he said.

As far as their semi-final match in the upcoming Champions League Twenty20 was concerned, Dravid said there would be no special preparations.

“It has been a good going. We are in semi-final and have one more chance. We were beaten in the semifinals of IPL-6 but now have another chance. We know things would become more difficult in knockout stage because all teams would be good since they were able to reach this far. There would be no special preparations and we would stick to our normal routine.”

Asked how young players such as Rahul Shukla, Vikramjeet Malik and Pravin Tambe were able to deliver whenever needed, Dravid gave all the credit to his teammates and support staff.

“It is up to the boys to deliver it on the field. No matter how many strategies you plan if a bowler balls on the leg when field is on off they won’t work. It is for the boys to perform on the field. We have given the confidence to the players and it has worked so far.”

“Look at Pravin Tambe… we talked to him and wanted him to work on certain areas. He went back after IPL, worked hard on those things and is doing so well now. He said they were fortunate to have a good support staff.”

“We have to be smart enough to plan and we are fortunate that we have the likes of Paddy Upton, Monty Desai and Bharucha and a good support staff. It is not that the wicket here gives us some extraordinary support but it is a good wicket and we have the players who can excel on such kind of lively surface.”