Taylor and White are among the 144 players who went unsold in the players' auction at a city hotel.

A bunch of quality international cricketers went unsold on the first day of the Indian Premier League (IPL) 7 players’ auction here, but what surprised former India captain Rahul Dravid the most was that hard-hitting Kiwi batsman Ross Taylor and Australia’s Cameron White did not find a buyer.
Taylor and White are among the 144 players who went unsold in the players’ auction at a city hotel.

Dravid, who is currently the mentor of last year’s runners-up Rajasthan Royals, feels Taylor and White could have been good buys for the franchises if the duo had come in the first part of the batting list.

“It was a bit of surprise for me (to see Taylor go unsold). Ross (Taylor) in Rs 2 crore could have made a lot of sense but I think he came at the back end of the batting list which went against his favour,” said Dravid.

“I think someone like Cameron White who is a shrewd captain and good batsman (is also unfortunate). What I feel is that people have learnt that they can’t afford to spend so much money and then make the players sit outside. By the time Ross and White came, I think most of the franchises have sorted out their top four-five batsmen,” he added.

Dravid, who was Rajasthan Royals captain till the last IPL, expects some exciting fight among franchises.

“The two lots which come up for auction tomorrow morning would be crucial because you have a lot of uncapped Indian players there and everybody seems to be waiting for that,” he said.

Dravid said all the franchises have learnt with time and IPL 7 will witness smaller squads with impact players in all the teams.

“I think teams have realised that smaller squad is a good option as it’s difficult to manage big squads. Moreover, there is no logic behind spending money on a player and then make him to sit out. It’s also not nice to see many international stars sitting out,” he said.

Dravid justified his team’s picks today even as Rajasthan Royals still have Rs 12.2 crore left to spend on the second day of auction tomorrow.

“Look at (James) Faulkner, (Ajinkya) Rahane, Sanju (Samson) and (Stuart) Binny, they all are our marquee players and they are already with us. We have to be realistic as well with the budget you are working with,” he said.

“We wanted to back it up with class players who could play spin and field well. He (Smith) was definitely one of the back ups for (Brad) Hodge and (Shane) Watson, who have injury concerns,” he added.

Asked about the controversies involving the Rajasthan Royals last year when three of its players—S Sreesanth, Ajit Chandila and Ankit Chavan—who were charged for spot-fixing, Dravid said “We obviously believe it is a big tournament and there are going to be a few controversies.

“A lot of work has to be done behind the scenes and during the tournament. It is a challenge for everyone involved in cricket. We still believe that there are good people in the system. And there is lot of good that comes out of the IPL.”

Mumbai Indians owner Nita Ambani said there was no lack of interest in this year’s IPL players’ auction because of the recent controversy surrounding the event following Justice Mukul Mudgal Committee report on IPL spot-fixing scandal.

“Inside the auction room all the teams are glued in and doing their best to get the right combinations. We are really concentrating on the aspect of building our new team for IPL 7 season,” Nita said. 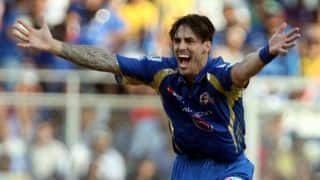 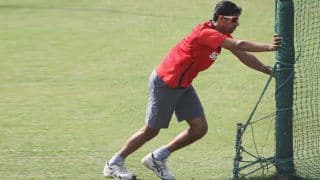