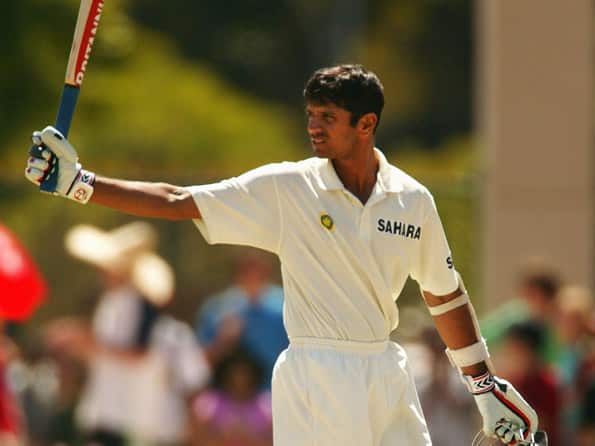 Chappell was quoted in Mid Day,” At a time when money rules the game and clouds decision making process, Rahul Dravid gave the impression that integrity was more important than riches. He always played and captained with pride and dignity. ”

Chappell feels Dravid is a man of pride and the recent slump in the Test series Down Under could have caused the decision to retire. He said,” One of the more cerebral players in the game Rahul would’ve realised that being bowled six times in eight innings against Australia was a sign that too many cracks had appeared in “The Wall”. Known for his rock solid defence it would’ve been more than Dravid’s pride could handle to keep hearing the dreaded death rattle.

“His decision brings to a close one of the more successful careers from the point of view of a player making the most of his ability. In addition, he was one of the fairest and most respected competitors in the game.”

The former Australian captain cited the famous 2001 Kolkata Test as an example of Dravid s guts and determination.

“Kolkata 2001 perfectly summed up Dravid’s approach to cricket. He was demoted to No six in the middle of a Test match and then played an innings of great patience and concentration to accompany VVS Laxman in a match turning partnership that led to a famous Indian victory,” said Chappell.” Rather than sulk about his demotion, Dravid displayed great determination in contributing to his team’s win.”

Chappell also recollected Dravid s memorable role in the Adelaide Test in 2003-04 season which helped India tie the Test series Down Under. He said,” Another of his finest moments in Test cricket was his contribution to a memorable Indian victory at Adelaide Oval.

“He first made a double century to slow Australia’s momentum and then after a great second innings bowling performance he was the solid foundation that saw India safely to the target.

“It was fitting that in a game where Dravid made in excess of three hundred runs, his final one was the winning hit.”

Chappell also respected Dravid s selfless attitude and the quality of keeping the Indian team s interest in the fore.

He said,” Rather than his solidly defensive style causing him to struggle in the shorter forms of the game the dedication and thought he put into his cricket ensured he had success in both ODI’s and T20 matches. Typical of the unselfish player he was, he agreed to keep wickets in the Indian one-day side because he was convinced it would help the team.

“Dravid’s unselfishness and integrity deserved a dream finish. He didn’t get one but Rahul can hold his head high knowing his second last series was one of his best. Fortunately he was smart enough to realise it shouldn’t lure him into playing on too long.”