The umpires then announced they would take lunch 45 minutes early in the hope of making a prompt start to the second session.

Persistent early morning drizzle meant there was no play before lunch on the second day of Pakistan‘s tour opener against Kent at Canterbury on Sunday. When the players should have been taking the field at 11:00am local time (1000 GMT) for the second day of four, they remained in the pavilion, with the pitch and square under protective covers while the floodlights shone brightly against a gloomy sky.

The umpires then announced they would take lunch 45 minutes early in the hope of making a prompt start to the second session. Kent are 39 for one in reply to Pakistan’s first innings 168, a total in which Imam-ul-Haq‘s 61 was the top score.

Uncapped at Test level, Imam’s inclusion in the tour squad generated debate because the 22-year-old left-hander is the nephew of Pakistan chief selector and former international batsman Inzamam-ul-Haq. But there was no denying Imam’s talent or application as he struck nine fours in a 111-ball innings played in typically English overcast and swing-friendly conditions that favoured the bowlers, with medium-pacer Will Gidman taking five for 47.

Kent were one for one in reply when Hasan Ali, one of the stars of Pakistan’s one-day Champions Trophy tournament win in Britain last year, had Daniel Bell-Drummond lbw. Kent will resume with Sean Dickson 24 not out and captain Joe Denly 12 not out.

After this match, Pakistan face Northamptonshire before providing the opposition for Ireland’s inaugural Test, in Malahide, from May 11-15.

Pakistan then recross the Irish Sea for a two-Test series against England at Lord’s (May 24-28) and Headingley (June 1-5). 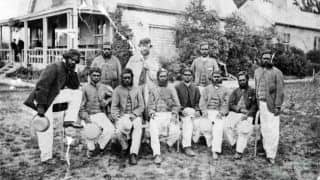 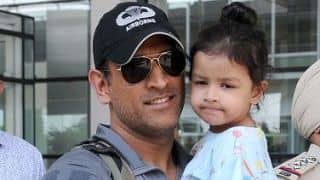