The IPL 2018 will have fresh auctions.

After serving a two-year ban, Rajasthan Royals will be back in action in the 11th edition of Indian Premier League (IPL). However, the winners of the inaugural edition need a change in their name. Owned by Jaipur IPL Cricket Private Limited, the franchise has approached BCCI for the same. They have made the request but no reason has been given as to why they want to change the company name, a BCCI official told The Indian Express. In addition they want to shift base from Jaipur. This means, they want to revamp or cleanse the image that was damaged due to spot-fixing.

Kings XI Punjab have requested the same. Not for the first time but they have always wanted to change their home venue from Mohali. They had bid for Mohali when the first-ever auction took place for IPL teams. So technically, if they want to change their base now, they will have to pay the BCCI. They have made this request earlier too but the board did not agree. The franchise has been facing many issues with the local police authorities. They have also cited lack of support from the Punjab Cricket Association. If they are allowed then chances are that their name will also change. It will be as per the new venue. The IPL GC will take a call on it, the official added.

The IPL 2018 will have fresh auctions. There are news that Chennai Super Kings will yet again put all their money on MS Dhoni. 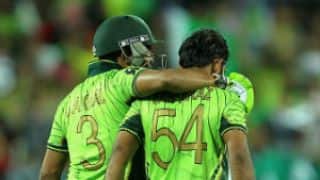