Former Indian Premier League (IPL) champions Rajasthan Royals faced suspension from the cash-rich tournament on Friday after its co-owner admitted to betting on the Twenty20 matches. 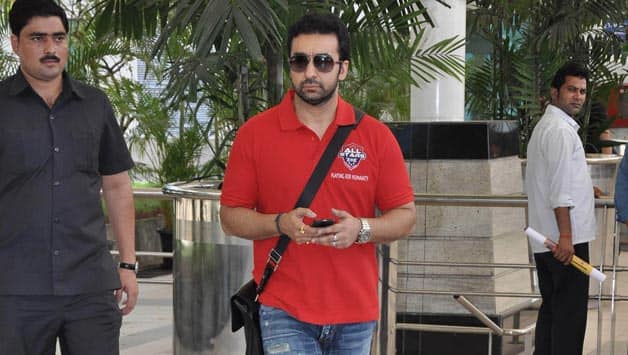 Former Indian Premier League (IPL) champions Rajasthan Royals faced suspension from the cash-rich tournament on Friday after its co-owner admitted to betting on the Twenty20 matches.

The Board of Control for Cricket in India (BCCI) has called an emergency meeting of its working committee in New Delhi on Monday to discuss the fate of the team which is captained by Rahul Dravid.

“We have taken cognisance of the Raj Kundra issue. We are going to discuss it in our meeting on June 10 and if necessary, stringent measures will be taken,” BCCI interim head Jagmohan Dalmiya told reporters late Thursday.

Raj Kundra, co-owner of the Royals alongside his Bollywood actress and former Big Brother contestant wife Shilpa Shetty, has admitted to illegal gambling on the competition, according to police. He has since been ordered to hand over his passport.

According to an agreement between the BCCI and IPL sides, if any franchise group or owner acts in a way which has a “material adverse effect” on the reputation of the BCCI or the league, then their agreement will be terminated.

Meanwhile, Rajasthan Royals said in a statement that Kundra would be suspended if “proven guilty”.

“We believe that Mr. Raj Kundra is a law abiding citizen and would not act contrary to law. If however, he is proven guilty, or has breached any regulations, he will be suspended, and he will also forfeit his shares,” the statement said.

“This is a strict governance procedure agreed to by all Rajasthan Royals shareholders, and it is consistent with our zero tolerance approach.”

The statement added that Kundra is an 11.7 percent shareholder in Rajasthan Royals and that “he has no involvement in the running of the franchise”.

Rajasthan Royals, who won the inaugural IPL edition in 2008 under Australian spin legend Shane Warne, have already been thrown out of the IPL before because of ownership issues.

But the 2010 decision was reversed when an Indian court overturned the expulsion.

Another IPL side, Chennai Super Kings, is also facing heat after its executive Gurunath Meiyappan, son-in-law of BCCI chief N Srinivasan, was arrested for alleged betting on IPL matches.

Dalmiya said the Chennai team’s case would be decided only after a probe panel set up last month by the BCCI submits its report.

Three Royals players and numerous bookmakers are among those arrested over allegations of spot-fixing and betting during the recently-completed edition of the IPL.

Test paceman Shanthakumaran Sreesanth and two of his teammates have been accused of deliberately bowling badly in specific IPL matches in exchange for tens of thousands of dollars after striking deals with bookies.

A court this week denied them bail after police said they now had evidence, including telephone intercepts, linking international organised crime syndicates to the scandal.

The betting and fixing scandal has shaken confidence in the game and enraged fans across cricket-mad India.