Rajasthan Royals, into their 11 year in the Indian Premier League, have been pretty inconsistent ever since their title triumph in the inaugural edition.

RR, who finished seventh last year, released more than 10 players ahead of the IPL 2020 auction. Later, they bought back Jaydev Unadkat and Oshane Thomas, and appointed New Zealand’s Ish Sodhi as their spin bowling consultant.

With the inclusion of Unadkat and Thomas, and other pace bowling options in Tom Curran, Kartik Tyagi, Andrew Tye and Ankit Rajpoot, the Royals are well stocked.

Their batting has been strengthened by the purchases of David Miller and Robin Uthappa, both of who are capable of playing big knocks. 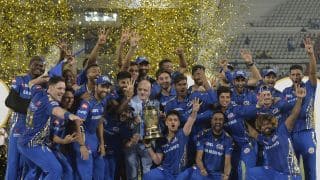