Yuzvendra Chahal is one of the most humorous guys on social media and keeps his fans entertained with rib-tickling posts.

New Delhi: India spinner Yuzvendra Chahal is one of the most humorous guys one would find on Twitter. Chahal is very active on social media and entertains fans with his tweets and hilarious posts. If we speak about the most hilarious Twitter handles, Rajasthan Royals will be right up there with the best. Recently, the Twitter handle of the Rajasthan Royals trolled Chahal by sharing a screenshot of his Instagram account, saying that they have hacked the spinner’s account. The screenshot was obviously a fake one and had fake messages from Chahal’s wife Dhanashee, RR captain Sanju Samson and MS Dhoni.

Meanwhile, Chahal was not going to back down and immediately gave a hilarious reply to the post. Chahal wrote, kabhi ghee ke chaatein khaye hain?. the funny banter on Twitter has left fans in splits.

Chahal joined Rajasthan Royals after RCB released him ahead of the IPL 2022. The spinner had a fabulous season and helped Rajasthan Royals reach the final. Meanwhile, Chahal was last seen playing for India on the England tour. He was rested from the ongoing tour against West Indies.

Chahal is likely to return to the Indian team for the Asia Cup which will be played in UAE after Sri Lanka expressed their inability to host the event in the country amidst the political crisis. Chahal will look for some performances in the Aisa Cup to boost his case for a place in the T20 World Cup squad. The spinner was dropped from the Indian team in the previous edition of the World Cup in UAE. 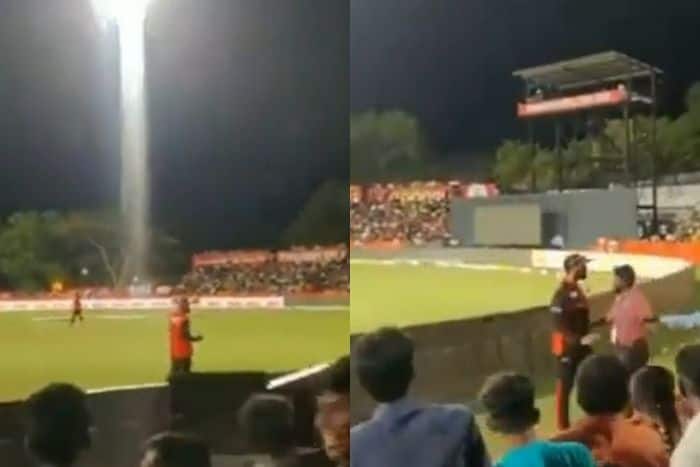