Shane Watson became the first batsman to amass 1,900 runs for Rajasthan in the IPL.

# Rahane has established a record for the highest individual innings for Rajasthan against Kolkata at the IPL. His superb 72 off 59 balls is his first fifty in eight innings against Kolkata in the IPL.

# The aforesaid knock is the highest by any Rajasthan player this year at the IPL.

# Rahane became the first batsman to post two fifties at the IPL this year. He had scored 59 off 53 balls vs Hyderabad at Abu Dhabi on April 18, 2014.

# Kolkata-Rajasthan encounters remain the only ones in the IPL history to have resulted in two tied games. Rajasthan have won both the matches through one-over eliminators. Rajasthan won the game on April 29, on the boundary count.

# Five tied games have been registered in the IPL history. Rajasthan remains the only team to have won two such games. Including two triumphs in one-over eliminators, Rajasthan have won seven and lost six out of 13 contested against Kolkata at the IPL.

# Gautam Gambhir (45) has registered his highest score in five innings this year at the IPL.

# James Faulkner (3/11) has got his fourth Man of the Match award in Twenty20. ?His excellent figures are the best by a bowler on his birthday at the IPL.

# Faulkner’s tally of 33 wickets (ave 16.60) in 20 matches for Rajasthan at the IPL is excellent in terms of averages. 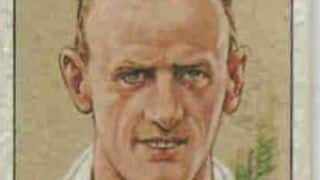