Frustrated with the spot-fixing scandal and a series of other controversies that have plagued the Indian Premier League (IPL), the event's chairman Rajeev Shukla said on Wednesday, he was not keen to take up the position again. 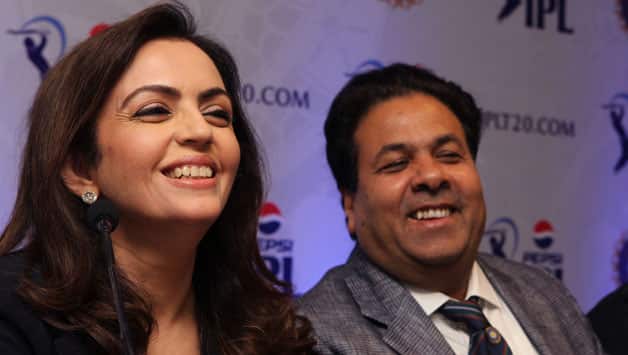 Frustrated with the spot-fixing scandal and a series of other controversies that have plagued the Indian Premier League (IPL), the event’s chairman Rajeev Shukla said on Wednesday, he was not keen to take up the position again.

Shukla said his tenure was for a one-year period which is renewed every year and he was not willing to take up the high-profile post for a third consecutive term.

“IPL Chief is a one-year post which gets renewed every year in the AGM but I don’t intend to do the job for a third year,” Shukla told PTI in an interview at New Delhi.

“I am not craving for any position in the BCCI. My job was to organise the matches and the matches were well organised. The stadiums were packed irrespective of the controversies,” he said.

“I have never hankered for any position. When the IPL Chairman’s position was given to me, I took it up as a challenge and I did my job to the best of my ability,” he added.

Shukla said there has been a lot of discussion among the Board members over N Srinivasan’s continuance as BCCI President in the aftermath of the spot-fixing scandal.

“Discussion among BCCI members have already taken place and our immediate concern is to protect the image of BCCI and Indian cricket,” he said.

Shukla’s decision not to take up the position again could put added pressure on a defiant Srinivasan, who has steadfastly refused to quit, maintaining that he has not done anything wrong.

Shukla, who became the IPL chairman last year replacing Chirayu Amin, said the event was going on fine till the spot-fixing scandal broke out and the most important thing now is to restore its credibility.

“Misdeeds of a few players and certain people cannot and should not bring bad name to hundreds of players who participated in the IPL with full honesty. The reputation of the IPL cannot be tarnished by a few greedy individuals,” he said.

Asked what steps should be taken to restore the credibility of the tournament, Shukla said, “The anti-corruption wing must work in coordination with the Police agencies.”

“Keeping an eye on bookies is the job of police. The second suggestion which I has been accepted already is that one Anti Corruption Security Unit (ACSU) official should be attached with each team throughout the tournament because he will be able to make out which is a rotten egg in the entire basket. Third suggestion is whoever is caught should be punished severely by the law of the land. It will teach them a lesson. And lastly, there should be a provision in the contract of the players if anyone is found indulging in corruption, he should be criminally prosecuted.”

Shukla said that anti-corruption was not in his domain as the IPL Chairman’s job is to organise the tournament.

In the aftermath of the scandal, a three-member BCCI inquiry committee was formed to probe BCCI chief N Srinivasan‘s son-in-law and Chennai Super Kings Team Principal Gurunath Meiyappan, who has been arrested for allegedly betting during IPL.

The committee is also enquiring into the spot-fixing allegations against three Rajasthan Royals players and its franchise.

“My view that the recommendation of the three-member commission should be binding on the BCCI. It should not go to the BCCI working committee. As far as Srinivasan is concerned, we are of the view that pending the inquiry, he should disassociate himself from the entire procedure, he should stay away from all functional responsibility. So that, a free and fair inquiry can take place,” opined Shukla.

Asked whether he had any inkling of spot-fixing taking place in the IPL, Shukla said, “If I had any information, I would have cracked down. We did not have any idea that such things were happening.”