India, to be led by Virat Kohli, will be visiting the Emerald Island after a five-year gap.

Mumbai: Former Baroda opener Rakesh Parikh has been nominated by the BCCI as administrative manager of the Indian team to tour Sri Lanka next month. Rohit Sharma: I definitely want to do well in every Test match

The cricketer-turned-administrator said “yes” when asked by PTI whether he would be the manager of the Indian team on the tour comprising a tour game followed by three Test matches. Paras Mhambrey: Pacers must bowl fast even if they leak runs

India, to be led by Virat Kohli, will be visiting the Emerald Island after a five-year gap. The last time the two teams met in a Test series, in 2010, the three-match rubber was tied 1-1. India vs South Africa 2015: 4 Test, 5 ODIs, 3 T20Is schedule announced

Sri Lanka will host India for three Tests in August. It will serve as Kumar Sangakkara’s farewell, as he has announced retirement from Tests, which is the only form of international cricket he currently plays. His side are arriving into this series after engaging in three Tests and five One-Day Internationals (ODIs) against Pakistan, losing the Tests 2-1 and are currently behind in the ODI series. Lahaul-Spiti, inspired by Dharamshala, may feature world’s highest cricket stadium 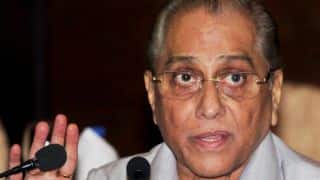 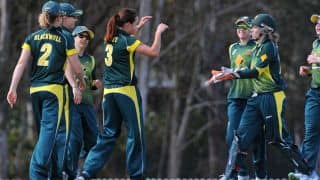