Rameez said Cricket Zimbabwe had let down Pakistan cricket with its hasty decision.

Karachi: Former Pakistan captain Rameez Raja has lashed out at Cricket Zimbabwe for calling off its tour to Pakistan because of security apprehensions following a terrorist incident in Karachi yesterday.

“I fear that by taking this hasty decision Cricket Zimbabwe have put on stake their relations with the Pakistan board,” he said on Geo News channel.

“The decision has surprised me because the unfortunate incident took place in Karachi where terrorists attacked a bus with unarmed civilians and they were no matches scheduled in Karachi.”

“And in Lahore where the matches were to be played the PCB and government had prepared state level security and a safe and secure environment for international cricket to resume in the country,” he said.

Zimbabwe which was due to reach Lahore on May 19 would have been the first Test side to tour Pakistan since March, 2009 when militants attacked the Sri Lankan team in Lahore leading to the isolation of Pakistan as an international venue.

Rameez said Cricket Zimbabwe had let down Pakistan cricket with its hasty decision.

“They could have taken some time to review the situation before reaching such a hasty decision. Are conditions better in Zimbabwe we now just need to focus on lifting our domestic cricket standards. The cancellation of this tour is obviously a big setback for Pakistan cricket and the PCB will now only have to work harder to convince international teams to come to Pakistan,” Rameez advised the PCB to now pay full attention to its domestic cricket.

Pakistan’s former captain Zaheer Abbas also described the cancellation of the tour as very damaging for image of Pakistan cricket.

“I think foreign teams now need to understand what is happening in Pakistan. If one incident takes place somewhere in Pakistan it does not mean the entire country is unsafe for foreign teams. If the other boards continue to think like this than I am afraid it will be years before we see a international team play in Pakistan.” 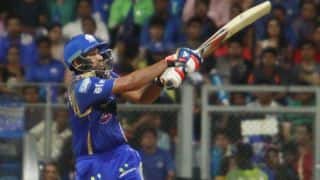