West Indies beat Zimbabwe by seven wickets in the second one-day international at the National Cricket Stadium on Sunday to take a 2-0 lead in the three-game series. 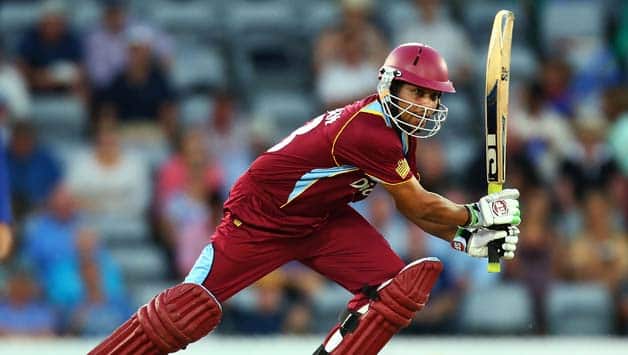 West Indies beat Zimbabwe by seven wickets in the second one-day international at the National Cricket Stadium on Sunday to take a 2-0 lead in the three-game series.

Ramnaresh Sarwan hit an undefeated 120, his highest ever one-day international score, as West Indies reached 274 for three with an over to spare.

Kieron Pollard was also unbeaten on 41 off just 20 balls while opener Kieran Powell had hit 57.

Zimbabwe had made 273 for eight in their 50 overs with Craig Ervine top-scoring on 80 while Dwayne Bravo became only the eighth West Indies bowler to claim six or more wickets.

“Congratulations to my team for a marvellous effort, it was a tough chase,” said man of the match Dwayne Bravo after his 6-43.

“Sarwan opened, anchored the innings and showed his class with that knock. No need to panic at the end, we had Pollard, Andre Russell and myself to come. We wanted to challenge ourselves, challenge our abilities, and it was also good to see the crowd come out to support us.

“We know how it feels to lose series, and this has been an opportunity to win one so it’s a great feeling. I just want to do my best for West Indies cricket.”

“The guys put their hands up and fought hard today. You have to give credit to Sarwan for holding the innings together,” he said.

West Indies won the first match at the same venue by 156 runs on Friday while the third and final game will also be played in Grenada on Tuesday.