Nine out of the ten wickets in this match came in the first innings itself.

Sri Lankan spinner Rangana Herath picked his tenth match scalp when he dismissed Azhar Ali at 10 runs to reduce Pakistan to 31 for the loss of three wickets during the final session of the fourth day of the second and final Test at the Sinhalese Sports Club in Colombo. This is the fourth ten-wicket haul for Herath and the 30th such achievement by a Sri Lankan bowler.

Herath was introduced to the attack in the ninth over itself, after Dhammika Prasad did the early damage of removing both the openers. A lot was expected from him especially since the pitch was beginning to support pace and spin and Herath broke several records in the first innings with an amazing nine-wicket haul. He has currently picked three wickets so far, utilising the favourable conditions to the fullest, and looks all set to dismiss the Pakistani side single-handedly.

Following is the list of Sri Lankan bowlers who have achieved the feat of taking 10 wickets or more in a match: 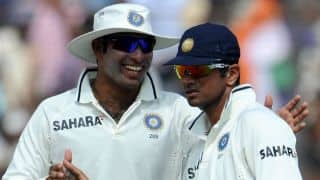 Indian slip fielders are standing too close to each other, says VVS Laxman 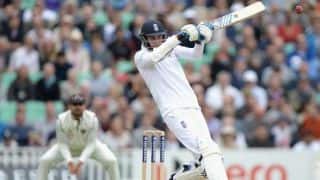