Domestic giants, Mumbai will be eyeing their first ‘home’ win of the season when they take on Uttar Pradesh in their Elite Group B Ranji Trophy at the Wankhede Stadium here from Sunday.

Also, Shreyas Iyer, all-rounder Shivam Dube and pacer Shardul Thakur are also unavailable for the game, as they are on national duty.

Hence, although the task gets tougher, Mumbai’s morale should be high, as they were able to grab crucial three points against a full-strength Tamil Nadu team, which had the likes of Abhinav Mukund, Dinesh Karthik and ace off-spinner R Ashwin.

This season has been a roller coaster ride for Mumbai.

They began the campaign with a huge 309 run victory against Baroda and then were thrashed by Railways by 10 wickets at Wankhede Stadium and later were convincingly beaten by arch-rivals Karnataka at the BKC.

They then took the first innings lead against Tamil Nadu at Chepauk.

The onus will be again on experienced batsman-keeper Aditya Tare to lead from the front.

But young guns like Bhupen Lalwani could see the game as an opportunity to cement their spots in the side.

Mumbai spin duo of Shams Mulani and off-spinner Shashank Attarde have been in good form and would be more than eager to put up a strong show.

Mumbai also has a decent pace attack, which can be effective in the morning hours.

On the other hand, Uttar Pradesh has played five games so far and have drawn four, while winning just one versus Saurashtra at Rajkot, where they recorded a victory by an innings and 72 runs.

The visitors would aim to give a tough fight to Mumbai, who are the favourites to record season’s second outright win.

Other Elite ‘Group B’ Games: At Indore: Madhya Pradesh versus Saurashtra.

At Dharamshala: Himachal Pradesh versus Baroda.

At Chennai: Tamil Nadu versus Railways. 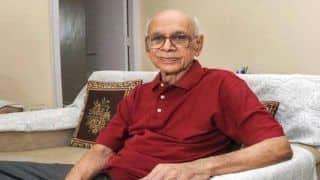